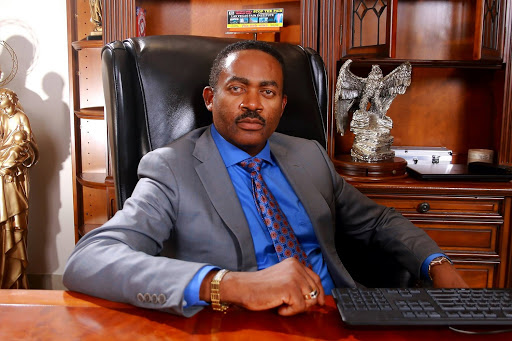 Founder of Las Vegas Pain Institute and Medical Centre, who is also seeking the governorship of Anambra State under the Peoples Democratic Party (PDP), Dr. Godwin Maduka, has debunked the allegation the he gave a bribe of 1 million Dollars to Vice Presidential candidate of the PDP, Mr. Peter Obi, to assist him in securing the governorship ticket of the PDP in the state, describing it as ‘wicked and  miscalculated lie’.

In a statement made available to the press and signed by Dr. Maduka himself, he said that he was disappointed at the allegation because he thought Nigerians, especially Anambrarians had passed that level of childish politicking.

He said he was most pained that they even brought in the name of the revered octogenarian, Prof. Ben.  Nwabueze, into their concocted lies to give it some air of legitimacy.

Dr. Maduka who said it was the COVID-19 lockdown that was holding him from coming back home and facing his campaign, said that he had been in Nigeria severally before the outbreak of COVID and had met and discussed his programmes with a lot of well-meaning Anambrarians who were willing to accept him on the basis of his competence, record of achievements, vision and achievable promises to Ndi Anambra.

APC crisis: Gov. Buni’s c’ttee not out to witch-hunt anyone, says…

On Peter Obi, who he was alleged to have bribed, Dr. Maduka said that those saying that about Obi  did not know the man and that they should have cooked up other lies than the issue of receiving money from anybody, which Nigerians, in his words, “know is alien to Obi’s character.

“I have known Obi over the years and I can tell you that he is one among few Nigerians that I can shout from the rooftops that went into politics for the common good. I can equally tell you that he is admiringly beyond reproach and some of us that have his character traits were even encouraged by his success to venture into politics”. Maduka said.

Maduka also recalled how he meet Obi when he was the Governor of Anambra State and offered to share the cost of constructing the Umuchukwu road (his home town) with Anambra State government and how Obi said no, assuring him that Government would do the road, while encouraging him to continue with his other philanthropic activities across the state. He wondered if it was that type of man that they want the accusation of bribery against him to fly.

Concluding, he said: “The accusers got it very wrong by choosing two men who are above reproach in matters of bribery. Two men who share common vision that governance must stand on integrity, character, honesty and service to the people in Nigeria.”

APC crisis: Gov. Buni’s c’ttee not out to witch-hunt anyone, says Nabena