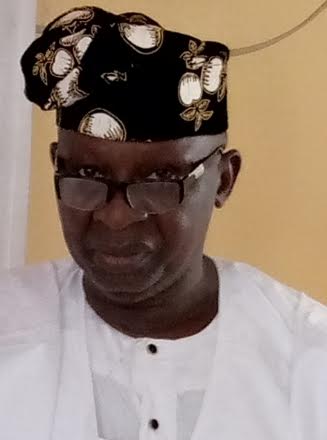 As various political parties get set to hold their primaries, in Edo State, emerging scenarios are pointing to situations where there would be clashes in the dates submitted to the authorities.

Authorities in this sense mean the Independent National Electoral Commission (INEC), and the Edo State Government which also gave directives on how and where the primaries must be held.

As expected, the parties are to write the INEC, informing the electoral umpires of their dates to hold the primaries with a view to getting them prepared to monitor the electoral rituals. And the dates must fall within the INEC’s stipulated period for the exercises.

But the case at hand in Edo State take a unique dimension as the Edo State Government also instructed the parties to write to seek permission to hold their primaries at the Ogbemudia Stadium compulsorily.

However, our checks revealed that, there is likelihood that a couple of parties may clash over the dates submitted and to which approval had being given.

For instance, the Action Alliance (AA), one of the political parties contesting the governorship election in the state wrote to the INEC picking 25/26 of June for its primaries. In addition to that, Edo State Government was also written and approval was given through the Office of the Secretary to the State Government (SSG).

The approval dated June 11, was communicated to the party through the SSG, Mr. Osarodion Ogie Esq., on behalf of the Executive Governor of the State in which the party was reminded the importance of keeping all the preventive rules against the spread of COVID-19.

Our checks have however revealed that, the new date chosen by the state chapter of the Peoples Democratic Party (PDP), falls on the 25th of June, one of the two days earlier picked by the Action Alliance (AA).

However, when an observer told our reporter that the PDP date just encroaches into only one out of the two days picked by the AA, insinuating that, AA can utilize the second day (26, June), to hold its primaries.

But another source close to the AA reminded that party primaries can stretch to two or even three days to enable the organizers do a thorough job, adding that, “that must have informed the party’s choice of two days.”

Interestingly however, when the National Chairman of the AA, Hon. Adekunle Rufai Omo-Aje was eventually contacted on phone in Abuja for comment, the Ede, Osun State born politician said, “the matter is a political issue that would be resolved politically.”

According to him, since democracy is meant to foster cordial relationship, robust dialogue and friendly interaction among the stakeholders for the benefit of the citizenry, no political issue should be handled as a do or die affair.

Concluding, Omo-Aje informed cheerfully that, “the matter would be discussed and resolved with the PDP and the Edo State Government,” assuring that, “the matter would, at the end of the day be settled amicably as patriotic stakeholders desiring good for the good people of the state in particular and Nigeria in general.”