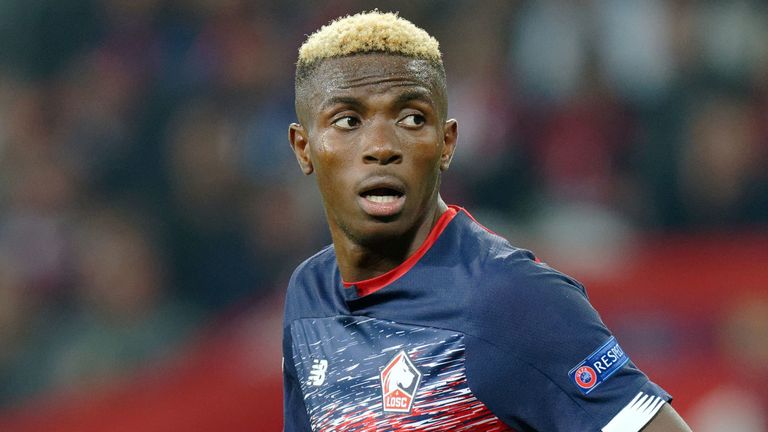 Victor Osimhen has been voted Lille’s Player of The Season by his French Ligue 1 club.

He succeeds Nicolas Pepe, who won the award last season before departing for Arsenal for a record fee of £72m.

The Nigeria international beat the duo of Benjamin Andre and Renato Sanches to the prestigious award. Andre finished second while Sanches placed third from the votes cast, according to a report on the club’s website.

Osimhen scored 18 goals and recorded six assists in 31 appearances across all competitions for Lille before the Ligue 1 season in France was called off due to the Coronavirus pandemic.

The former Wolfsburg striker finished the season as the fourth top scorer in the French Ligue 1 with 13 goals tied with Paris Saint Germain’s Neymar.

Osimhen also became the third player after Moussa Sow and Nicolas Pepe to have scored more goals for the club after 28 days of a Ligue 1 season in the last 40 seasons.

Osimhen was also named in the Ligue 1 Team of the Season.

The former Wolfsburg striker has been linked with a move away from Lille following an impressive debut campaign in France.

Clubs in England, Italy, and Spain are swirling around the talented forward and will look to prize him away from Lille this summer.