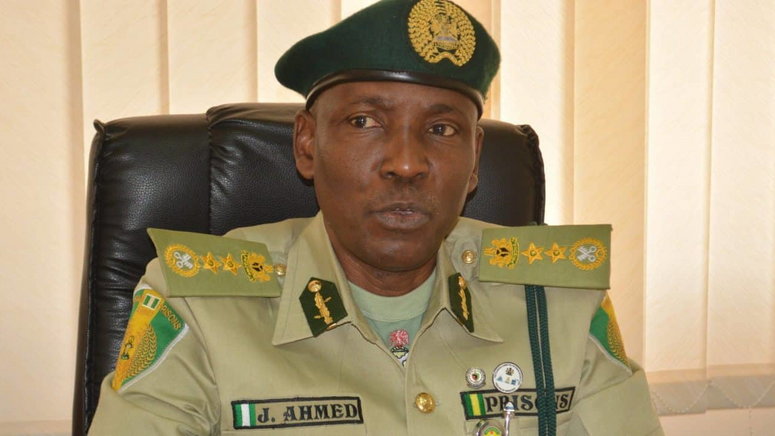 The Federal Government has approved new uniform for the Nigerian Correctional Service (NCoS) to reflect its new name.

NCoS Comptroller General (CG), Mr. Ja’afaru Ahmed said this at the inauguration of the administrative block of the Correctional Staff School (CSS) on Thursday in Abuja.

He said that the measure was part of the new act signed by President Muhammadu Buhari in July 2019.

He said that there were other initiatives to take care of the staff education, health, housing adding that the welfare of the officers and men of the service was paramount.

“Very soon, you will see us in our new uniform. We have been wearing this uniform for over 100 years and we need to change it to be in tune with the new act.

“We are also putting into place measures to ensure the full implementation of the new act but there has not been any budget yet, once the budget is in place, we will be able to implement the measures we have put in place to have a better service,” he said.

The CG said that the service was committed to staff welfare in ensuring officers and men carried out their duties effectively.

He added that aside ensuring that staff salaries were paid as at when due, the service was also trying to provide decent accommodation across the country.

“We are also mindful of those taking care of the inmates because while we are thinking of providing accommodation and welfare for inmates, we are also committed to give the staff decent accommodation and education opportunity and provide their basic needs,” he said.

Welcoming guests, President, Prisons Officers Wives Association (PROWA), Mrs. Gwamma Ahmed said that the association had established staff schools in some parts of the country aside the school at the headquartres in Abuja.

Ahmed explained that PROWA would ensure that the school maintain a high standard for the students to contribute to the development of the nation.

“I want the students to have good education, be of good conducts, good citizens and be respected in the society after graduating from the school.

“According to late Nelson Mandela, education is the most powerful weapon which you can use to change the world.

“It is in this light that we have continued to pursue our strong desire to lay down for our children, a credible educational foundation which is one of the best legacies we owe them,” she said.

Ahmed said that the transition from Prisons Service to Correctional Service would require PROWA to change its name too.

“Following the transition from NIS to NCoS, as it is today, PROWA has initiated due process required to change its name to reflect the new order.

“I assure you that in no distant time, the new name will be unveiled,” she added. (NAN)