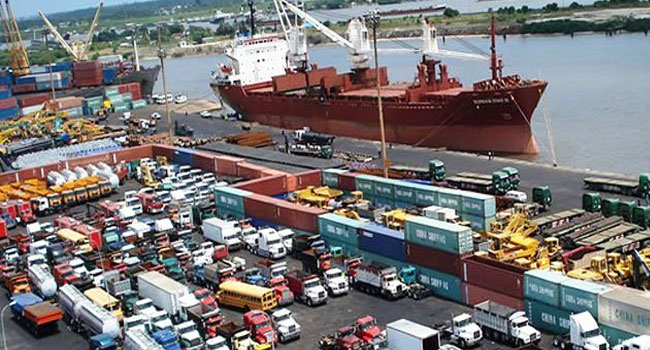 The Nigerian Ports Authority (NPA), on Tuesday, said that no vessel had been diverted to the Eastern port 16-days after a joint decision was taken to decongest the ports

The General Manager, Corporate and Strategic Communications of NPA, Mr. Adams Jatto made this known in an interview with News Agency of Nigeria (NAN) in Lagos.

According to him, what we have now based on the decision reached on the decongestion of the port has to do with diversions within terminals.

“We have not had precisely any vessel going to the Eastern port.

“Any terminal that is vacant and is not busy, we transfer from the busy terminal to that and this is what we are doing for now in the Lagos district.

“The essence is for us to decongest the ports, it is only where there is congestion and the need for it that we will now transfer to the Eastern port,” he said.

According to him, there is no form of resistance as regards taking of vessel from one terminal to the other to discharge because of the agreement NPA had with terminal operators and shipping lines.

He added that it was not an order but a joint agreement, instead of them allowing their vessels to stay at the anchorage for quite a long time, it would be better to adopt this measure.

NAN reports that NPA had on Jan. 24, revealed measures reached between them and shipping companies and terminal operators on ways to decongest the Lagos Port Complex.

It noted that as from Jan. 27, vessels which had waited to berth at any terminal within the Lagos Pilotage District would be diverted to other terminals with capacity to berth vessels within the district.

In the event that all terminals in Lagos cannot discharge any vessels within four days, such vessels would be diverted to the Eastern Port (other pilotage districts) for immediate berthing.

Coronavirus’ll be gone by April when weather gets warmer – Trump