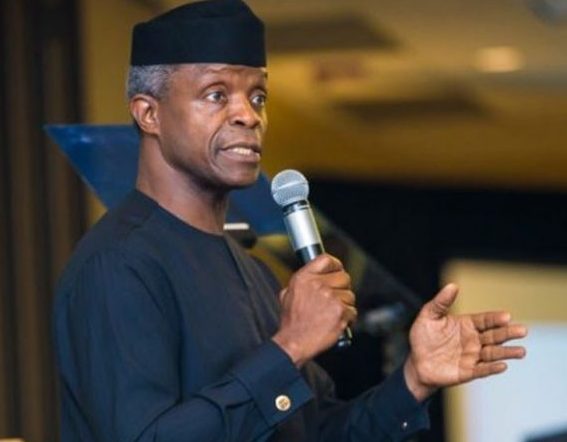 The service was held at Our Saviour’s Anglican Church, Ikenne-Remo, hometown of the vice president.

Sofowora, a professor of medicine and priest of the Anglican Communion, died on October 10 after a brief illness.

Osinbajo was accompanied to the service by Governor Dapo Abiodun of Ogun State.

In a sermon, Dr. Michael Fape, the Lord Bishop of the Diocese of Remo and the Archbishop of the Ecclesiastical Province of Lagos, described death as a leveler, adding that everybody would render account of their lives to God.

According to him, Sofowora lived a life worthy of emulation as he touched humanity positively.

Give us grants to start ranching, Northern govs tell FG

“I thank God for Sofowora’s life; a highly revered man, humble. He worked effectively as a medical doctor; he was a vessel of the Lord. He rendered his services gratis,” he said.

In a condolence message, Abiodun said that Sofowora’s exit was a big loss not only to the immediate family, the many lives he touched, but to Nigeria as a whole.

Sofowora attended the Guy’s Hospital Medical School, London, University of Wales and University of Glasgow between 1952 and 1963.

In 1975, he became a full professor after publishing about 40 learned articles and two Monographs which are still internationally acclaimed.

From 1977 to 1980, he was the Head of Department of Medicine, University College Hospital, Ibadan, from where he voluntarily retired and became the Medical Director of the Afrikaans Group of Hospitals.

Upon attaining the age of 80 in 2012, he set up the Sofowora Healthcare for Clergy Foundation to cater for the healthcare needs of the entire clergy of the Remote Diocese of the Church of Nigeria, (Anglican Communion) which had continued until date. (NAN)

Give us grants to start ranching, Northern govs tell FG