Onaiyekan bows out as Abuja Catholic Archbishop, hands over to Kaigama 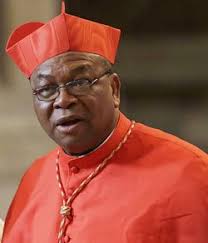 John Cardinal Onaiyekan on Tuesday formally bowed out as the Catholic Archbishop of Abuja and handed over to his successor, Ignatius Kaigama. Onaiyekan, who handed over at a press conference in Abuja, said that Kaigama would be formally inaugurated on Thursday in Abuja.

The News Agency of Nigeria (NAN), reports that the Pope recently accepted the retirement of Cardinal Onaiyekan, who clocked the retirement age of 75 on January 29, 2019. NAN also reports that Archbishop Kaigama was announced by the Pope, through Apostolic Nuncio to Nigeria, Archbishop Antonio Guido Filipazzi, as Onaiyekan’s successor, on March 11.

The announcement coincided with the opening ceremony of the first plenary meeting of the Catholic Bishops’ Conference of Nigeria (CBCN). Filipazzi had named Kaigama as the Coadjutor Archbishop of Abuja and administrator of Jos archdiocese, where he served as its chief Shepherd in the last 19 years. Speaking during the conference, Onaiyekan assured Nigerians that he wouldn’t retire from speaking against all forms of oppression in the country, until social justice was achieved for all citizens. Onaiyekan, who formally retired from his role as the episcopal leader of the Catholic Church in FCT, Kogi, Nasarawa, and Benue States, after 25 years, urged political leaders to prioritise social justice.

He said that government must achieve equity, if the nation must make progress. “I am confident in the abilities of my successor to lead the Archdiocese to the next level of development. ”There were no elections to determine who will succeed me. There were no campaigning and lobbying. His (Kaigama) appointment was simply in line with the Church practice,” he said. Archbishop of Abuja province, Most Rev Ignatius Kaigama, noted that many things had gone wrong in Nigeria, but vowed to wage serious war against the social ills and vices impeding the development of the country. “We are the hope of Nigeria.

So many things have gone wrong, but we cannot just sit and say prayers. ”We have to go beyond prayers, because faith and action go together. We have to mobilise our people to be integrated and work genuinely for the progress of Nigeria and the happiness of our people. “I am not going to be hunting for problems, but when they come, I will do my best to tackle them with my priestly character and identity. ‘”I will not be idle.

I will always be doing something for Church and country, attacking ills, social vices, and anything that will not be helpful to the development of Nigeria,” he said. Kaigama said that despite the government’s promise to tackle graft among public office holders, the menace had failed to give way for probity and accountability, ”If there wasn’t corruption, there would have been an equitable distribution of resources and our people will be living well above the poverty line,” he added.(NAN)