Why CONUA emerged as alternative to ASUU in FUOYE –Local convener 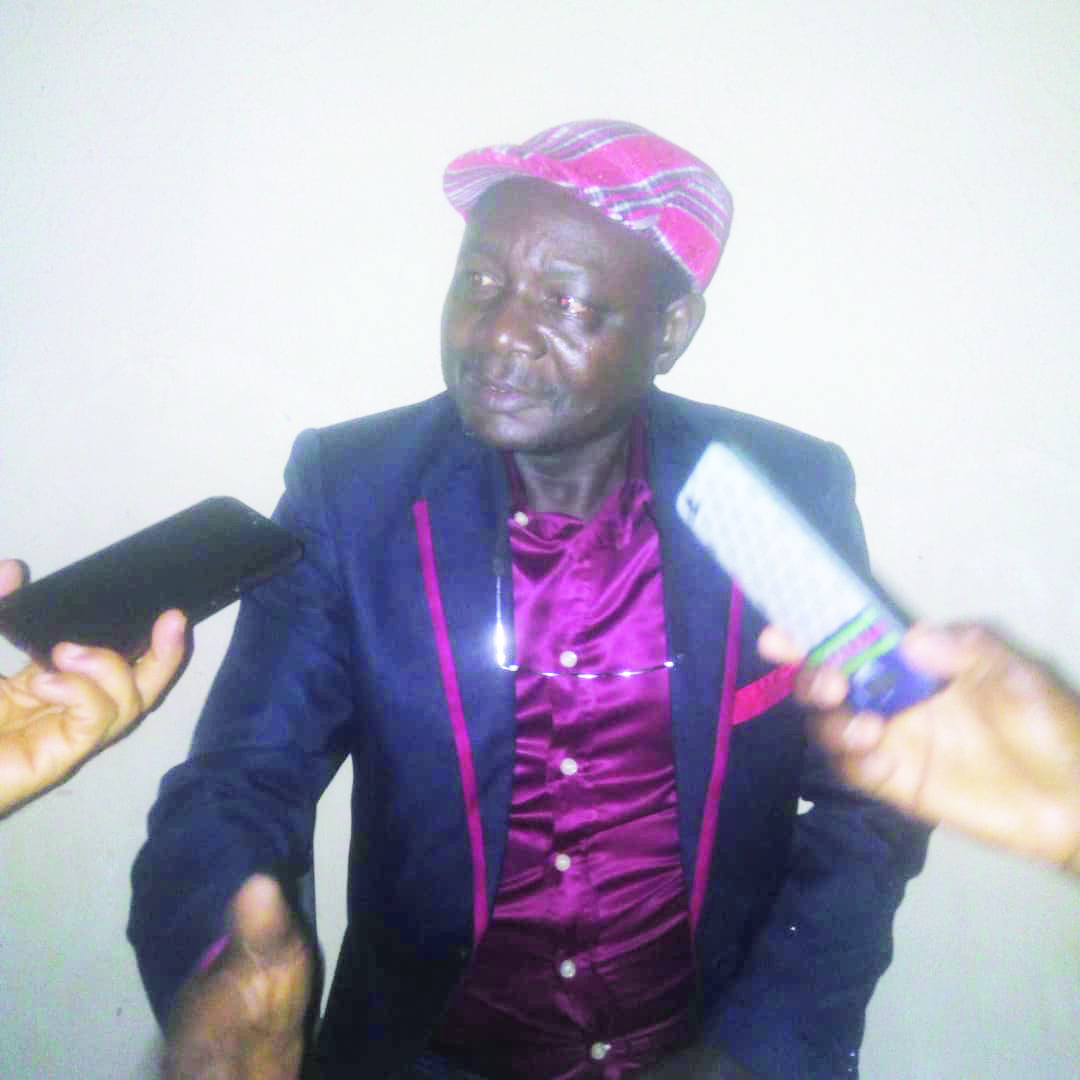 Recently, a new academic union, Congress of University Academics (CONUA), announced its presence in the Federal University Oye-Ekiti (FUOYE). Convener of the union in the University, Barrister Ige Ogunniyi Ayodeji, said CONUA had emerged in FUOYE, as a viable alternative to ASUU, alleging that ASUU as a union was losing focus, given the crisis between the union and FUOYE management. In this interview with The Nigerian Xpress, he gave other reasons he accused ASUU of losing focus and ways in which CONUA will play alternative role in engaging the management of the university to achieve the welfare and well being of staff members.

Why did CONUA emerge in FUOYE?

We started in FUOYE a few months ago because of the challenges the local ASUU is into. ASUU is currently fragmented into several factions in FUOYE and as such lost its unity and strength as a union. At our own local level, CONUA addressed our first press conference on the 18th of November, 2018, because we observed that the local ASUU-led by Dr. Omonijo then, was involved in politics of identity, politics of the belly, politics of ethnicity in which their modus operandi was ‘you are either for us or against us’. When I said politics of identity, I came into the university as a Nigerian, but at this level when people begin to tell you this is your background, this is where you come from, at least, we have been out there for sometime. We asked some questions, even at the level of meetings when we noticed that on one, two or three occasions, minutes of the meetings were not circulated; we asked them. We also told them we were supposed to have a strong secretariat and the purpose of documents is to remind us of the minutes of previous meetings. When you don’t circulate minutes of previous minutes and you just come and read through, even the best brains cannot grab the essentials of what we discussed. ASUU in FUOYE doesn’t have a very strong secretariat. I discovered that even those at the leadership, ought not to be leaders. It is in Nigeria that you see that somebody who is not fit to contest a councilorship seat is vying for the position of a governor. When you are looking at leadership, you consider the education, the antecedent, the experience, but when you are lacking in any of these, then you become a wrong person.

Given the background that members of CONUA now were members of ASUU before, what issues did you have with ASUU that made you pull out?

CONUA was born in University of Ife (Obafemi Awqolowo University), the Federal University Oye-Ekiti (FUOYE), aligned with it. When we asked questions and the leadership was not responding, the issue then became we against them. We asked for the financial details of the union, which has not been audited for years. You are deducting my check-off dues; I need to know the state of affairs. The issue of a strong secretariat, the issue of controlling discussions and the leadership of politics, those were some of the issues we raised. The Bible says: “Woe unto you nations whose leaders are children”. The Bible doesn’t mean children in its original meaning but that the perspective of children is what to eat, what to drink. If you give a child water, he only washes his belly, and when you have leaders whose perspective is only what to eat and grab; what do you say of an ASUU chairman, who lobbies for contract, this happens in our universities. All of those issues made us to break away from ASUU and aligned with Congress of University Academics (CONUA). We have a structure and I am the convener of CONUA in FUOYE. Like I told them, when an idea is right, no force on earth can stop it. So, if we are doing the right thing, no force on earth can stop us.

We started CONUA in FUOYE in November 2018, because of all these perceived injustices and crises. It’s just like when a family head travels and returns to find out that his house is in crisis. What he will do is to come back and settle the crisis; up til this moment, neither ASUU zonal nor National Secretariat has sent a delegation to do investigations. The most painful part of it is that they have taken sides. You see them addressing press conferences in Akure and repeating same thing. They have been addressing press conferences, raising issues concerning FUOYE and to my knowledge, there are several factions of ASUU in FUOYE. Their leadership style has done more harm to FUOYE than good and they keep raising and repeating issues that had nothing to do with the management. They are promoting politics of identity and ethnic politics. They speak without facts. We are the people on ground in FUOYE; we have the facts.

ASUU, Akure zone, doesn’t have my mandate to address a press conference on issues like pensions. If you want to know about pensions, go to the Accountant  General’s office. They keep repeating the same lies against the management of the university that is deducting the pension and they are not remitting it, which is a fallacy. You know when you are already on the wrong road, no matter your speed in the wrong direction, it cannot lead you anywhere. They have embarked on the wrong road and instead of going back, like the present executives at the zonal level have just been sworn in, they have inherited problem. Instead of making scientific analysis of the crises they inherited, they have just been trying to manage the issue.

There are some feelers out there that CONUA is being sponsored by FUOYE management and the allegation that ASUU is making against the management of FUOYE that three of their members, Akin Omonijo, Olugbenga Adeyemi and one Akhigbe, were unjustifiably punished; Omonijo has been suspended, may be, indefinitely, while, the two others were sacked. As an insider, could you address these two issues?

On the allegation that FUOYE is sponsoring CONUA, I want to ask, which management is sponsoring CONUA in Ife and at the national level? Maybe, they will say it is the Presidency and that is laughable.  What is the business of management in wanting to sponsor academic staff union? That is one of the things destroying this country; we condole indiscipline. Some staff members committed acts of misconduct and were punished and some were saying it was wrong. If ASUU thinks they are all in all because they have been on ground for years and that they can do anything and get away with it, the time has come for an alternative. ASUU is denying that there is anything like CONUA, meanwhile, they are running to meet elders, as an individual. Instead of folding my hands and do nothing about the evil that is going on in my environment, I will rather take an alternative action and that was what led me and some principled individuals to seek refuge in CONUA.  A society without code of conduct is a suicide club; you can do whatever you like and get away with it. I won’t want to comment on Adeyemi and Akhigbe; those are people who do not believe in the rule of law. They are already in court. They believe in the justice system, that was why they went to court and they are before the law, whether the management has followed due process in disciplining them, that’s left for the court, not for me, to comment on. If there is no call for an event to occur, it will not occur. There is the University Act and the condition of service rule; if you run foul of any condition of the service rules, you will be punished accordingly and if you are not satisfied with what they have done, you go to court. I am not in any position to comment on whether they were right or wrong.

Since CONUA came to effect in November 2018, what is your membership strength; do you have executives? Do you have a structure; what are your modus operandi, as probably different from ASUU?

You asked whether CONUA has come to stay? The answer is, when the time for an idea is right, no force on earth can stop it. It is just like ANC in South Africa; when it manifested, it was just like a joke and for over seventy years they are still waxing strong, meaning as at the time they gave birth to them, no force on earth stopped them. CONUA is an idea that has come to stay. There is nothing without an alternative. It is, therefore, no longer an issue where only an individual will just come up to declare that there will be strike action in the entire country. Now other parties would have to be involved to discuss and resolve it. It is a credible alternative and so we want to tread the part of caution not to fall into the pit of organisations that had trodden this part before. We are domiciled in five universities: Lokoja, Ambrose Alli University, Ekpoma, Kwara State University, OAU and FUOYE. We have a steering committee in which I am the legal adviser.