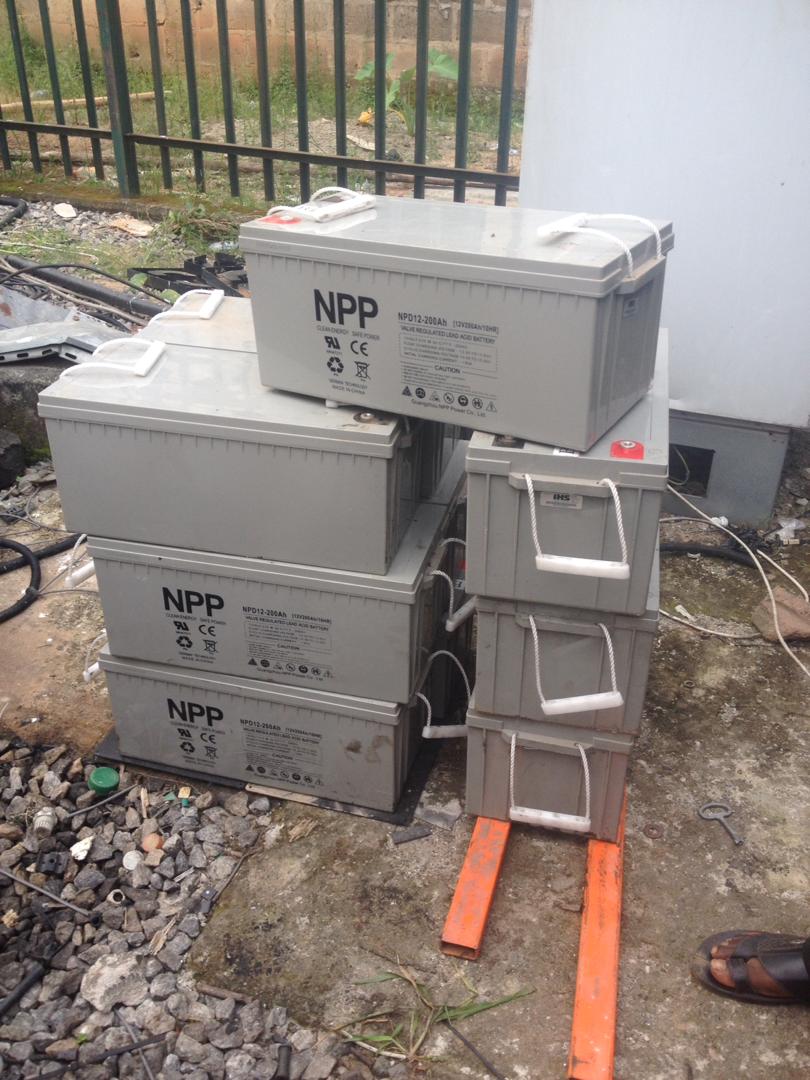 Men of the Ogun State Police Command have arrested three members of a syndicate that specialise in vandalising telecommunications companies’ mast worth millions of naira, at Ibafo area of Ogun.

The suspects, Adeola Oyesanya, Bashiru Mohammed and Musa Mohammed, were arrested on Saturday, November 30, 2019, following a report by a security guard attached to an MTN mast in Papa Ibafo area.

The report had it that a group of thieves had invaded the site, vandalising and carting away 12 batteries valued at N1.8 Million.

According to the Ogun Police Spokesperson, Abimbola Oyeyemi, the Divisional Police Officer, Ibafo Police Division, Abiodun Ayinde, a Superintendent of Police, had on receiving the report, quickly mobilised his Anti-Robbery squad to the scene.

“On sighting the policemen, the suspects abandoned their loot and escaped to the nearby bush. The entire area was subsequently cordoned off by the policemen, and the bush was properly combed as a result of which the first suspect Adeola Oyesanya was arrested.

“His arrest led to the arrest of the other two suspects who are the receivers of stolen goods. On interrogation, they all confessed to the commission of the crime and that they had been in the business for quite some time now,” he said.

Oyeyemi noted that the Ogun Commissioner of Police, CP Kenneth Ebrimson, had ordered the transfer of the suspects to State Criminal Investigation and Intelligence Department, for further investigation and prosecution.