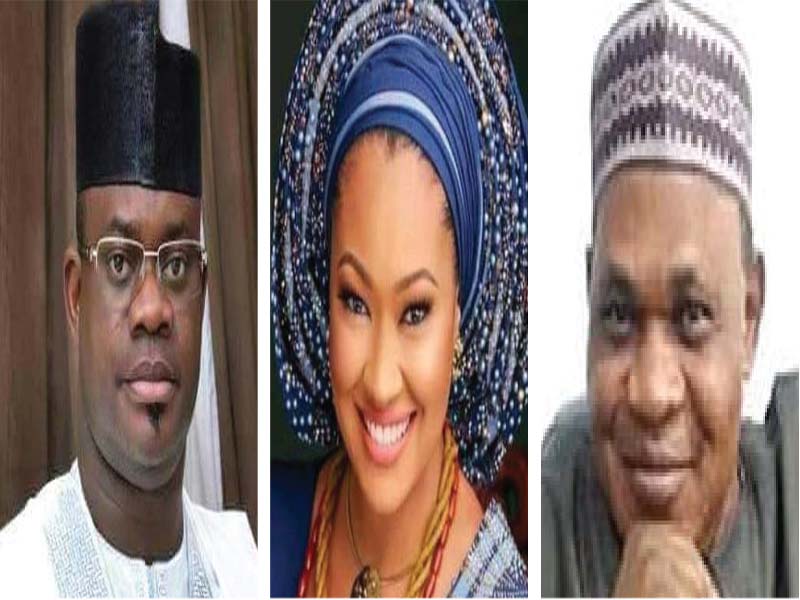 Civil Society Organisations, CSOs, are at loggerheads over the November 16 governorship election in Kogi State. Indeed, while some of the CSOs and election monitors called for the cancellation of the results, announced by the Independent National Electoral Commission, INEC, as a result of the pockets of violence that took place on election day, others said the violence was not enough to invalidate the entire process.

No doubt, there were incidents of violence in some polling units during the governorship election in the state, while the process went well in others without any hitch.

Even, while the election was still ongoing, some non-governmental organisations on monitoring duty were already condemning the spate of violence in some of the polling units, calling on INEC to cancel the units where there were disruptions.

The calls became more strident, following reports that about 10 lives were lost to the violence.

The Centre for Democracy and Development, CDD, one of the domestic observer groups, is at the forefront of those calling for the cancellation of the Kogi election, as it decries the spate of violence and ballot snatching across the state.

Chairman of CDD, Prof. Adele Jinadu, in Lokoja addressed a news conference where he noted that reports from CDD observers indicated widespread violence, intimidation of voters, vote buying, abductions, gunshots and massive rigging that undermine the integrity of the election.

He described the conduct of the election, as falling short of public expectation in spite of the public outcry against electoral violence in the state.

Prof. Jinadu lamented that there was coordinated and systematic use of thugs to intimidate voters, adding that this fell short of standard practices.

He also decried the systematic vote buying and selling at the polling units and financial inducements.

“At the last count, our observer reports from Kogi State have recorded the death of 10 people in various shooting incidents and attacks across the state.

“In clear terms, these incidents combined to damage the credibility of the polls. The incidents ranged from hijack of electoral materials by thugs, kidnap of INEC ad hoc staff, vote buying, attacks on observers, intimidation of voters and under-aged voting.

“Other reported incidents, which call to question the credibility of these polls, include widespread stuffing of ballot boxes, ballot snatching and multiple voting. The level of malpractices in these elections was pervasive as reported by our CDD EAC observers on the ground.

“The intensity of the observed incidents was high in Local Government Areas, LGAs, like Lokoja, Kabba-Bunu, Ijumu, Okene, Ajaokuta, Dekina and Olamaboro.

“In terms of senatorial districts, Kogi West topped the chart of incidents with 55 percent. Kogi East and Kogi Central accounted for 27 percent and 18 percent of the total reported incidents respectively.

“This suggests that the incidents, particularly violence was widespread but more pronounced in certain locations particularly areas with high number of registered voters. There were reports of a group of people thumb printing significant number of ballot papers.

“In Bayelsa, CDD EAC observers reported over 50 critical incidents which directly impacted the credibility of the election.

“The incidents are mainly predominant in Yenagoa, Ekeremor and Sagbama LGAs of Bayelsa State. Violence in form of thuggery, ballot box snatching and destruction of voting materials constituted 66.7 percent of the total reported incidents.

“Vote buying was rampant, just as the use of sporadic gun fire to scare away voters and hijack electoral materials was widely the case. Under-aged, multiple voting and impersonation were also widespread.

“Other infractions to subvert the popular will took the shape of coordinated attacks on the voting environment by deploying hoodlums to unleash mayhem, especially in opposition stronghold.

“On the whole what we saw on the field defies reasonable expectations. Coming after the 2019 general elections, feeling among electoral stakeholders is that the key lessons and experiences would be a basis for improvement of the process.

“Unfortunately, instead of improvement in the integrity of the ballot, on display is the most brazen roll back of the modest gains made between 2010 and 2015. The conduct of the Kogi and Bayelsa polls is indicative of an electorate process fast deteriorating.

“With Kogi State as a major reference point, the two major parties engaged in electoral malfeasance.

“An interrogation of the hefty turnout figures declared from Okene and Adavi LGAs for instance indicate they will not stand proper scrutiny.

“In the result as declared by INEC at the collation, the total number of accredited voters in Okene is 114,001. This translates to 87 percent of the total registered voters. “Compared to the 2015 governorship result from the same LGA, there is an incredible increase of 69.1 percent. A quick look at the voter register between 2015 and 2019 shows an increase in the number of registered voters by a mere 11.9 percent.

“As a think tank with the mission to provide strategic analysis for the consolidation of democracy and sustainable development, silence in the face of the brazen violations of electoral process like we witnessed on November 16, cannot be an option.

“CDD therefore makes this urgent call to action that a robust multi-stakeholder response is needed to rescue our electoral process from the brink. We dare not choose the convenient path of silence.

“As a generation of Nigerians, history will reserve very harsh judgment for us, if we stand by and do nothing as citizens are being increasingly stripped of the fundamental right to decide those who govern them.

“It has become so bad that parallels are being drawn between the elections being conducted now and the infamous 2003/2007 elections. We cannot afford a return to the lowest point in our electoral experience.

“CDD call on President Muhammadu Buhari to urgently provide the leadership needed to rescue the electoral process and by extension the entire democratic system from imminent collapse.

“This call becomes imperative because Buhari was only able to ascend the Presidency through the historic 2015 elections,” CDD said.

But contrary to CDD’s submission, the Coalition of 16 INEC accredited Civil Society Observer groups, which also monitored the gubernatorial and senatorial elections, although acknowledged that violence did occur in some polling booths during the exercise, such was not enough to justify the call for outright cancellation.

The Coalition, while speaking last week in Lokoja, said that their own observation of the election was to the effect that people came out in large number to exercise their civil rights.

“Voters were able to exercise their franchise in an orderly and peaceful manner. The elections were smooth and successful in most areas across the state as observed by our members.

“Voting commenced slightly behind schedule in many places but this lateness was generally offset by hitch-free and speedy conclusion, except in some areas for reasons which we will state later.

“Elections in a few polling centres were marred by violence, ballot box snatching and other forms of disruption by hoodlums, some of them in police uniform, working for unknown principals. The Coalition calls on the Nigerian Police and other law enforcement agents to unearth the faceless individuals behind such criminal activities.

“INEC deployed over 16,000 persons, including regular and ad hoc staff for the election process. Coalition considers this adequate and reports that observable hitches relate to quality (character and training), rather than adequacy in numbers of electoral officers.

“The use of technology, particularly the smart card readers presented minor challenges but INEC generally resolved this or effected lawful alternatives.

“Coalition noted the usual problems with some voters not finding their names in the displayed voters’ registers. In some instances, the affected voters had presented themselves at the wrong polling units and had to be re-directed.

“In other instances, however, it seemed clear that the names of some voters were totally missing, or the list containing their names (alphabets) were not displayed, or were displayed late. Though incidents of this nature were relatively too few to impact the results of the elections, the Coalition still advises the commission to do better in future elections.

“As said earlier, Coalition observed incidences of violence which affected a few polling units across the state. The severities of such incidences were more pronounced in certain areas, particularly Lokoja. This is because of the sophistication of the operations in the affected units in the state capital.

“Coalition must, however, note that while the worst act of violence disrupted polling in the affected units, the actual damage to the electoral outcomes remained minor overall.

“In comparison to franchised rigging malpractices such as hijack and unlawful thumb-printing of ballots on a massive scale, ballot box snatching tends to affect much fewer votes and it is a wonder that politicians and their thugs still resort to it.

“Also, of more severity is observed quid pro quo and transaction malpractices, such as vote buying and voluntary breach of secrecy in voting between voters and agents of political parties. Voters and political parties voluntarily exchanged money for votes with the voter contriving to reveal his thumb-printed ballot in order to receive payment.

“Nevertheless, Coalition notes that violence has remained a sad reality of elections in Nigeria for decades and the relevant authorities must do more to stamp it out.

“In all fairness, Coalition must state that security personnel posted to election duty in the instant elections were generally on time at their duty post and were able to assist the process admirably in places where violent disruption did not happen,” the Coalition noted.