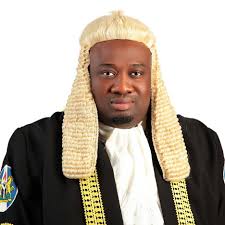 Deputy Speaker of Cross River House of Assembly, Hon. Joseph Bassey, has called for the reconsideration of penalties contained in the hate speech bill to avoid its negative effect on the citizens.

Bassey, who made the call in an interview with News Agency of Nigeria (NAN) on Monday in Calabar, warned that the proposed death penalty was likely to be misunderstood and misapplied to the detriment of ordinary Nigerians.

NAN reports that the bill seeking to establish the National Commission for the Prohibition of Hate Speech was sponsored by the Deputy Chief Whip in the Senate, Sen. Aliyu Abdullahi.

According to the bill, any person who commits this offence shall be liable to life imprisonment and where the act causes any loss of life, the person shall be punished with death by hanging.

The bill also seeks the establishment of a National Commission for the Prohibition of Hate Specch to help investigate and prosecute offenders.

A similar bill was introduced to the Senate on March 2018 for consideration and passage; it, however, did not make it through to third reading.

The reintroduction of the bill has generated controversies among Nigerians.

He, however, advised for a jail term and an option of fine for those found wanting of hate speech in other to serve as a deterrent to others.

“In Nigeria, we spend more times on things that are not important. First, we have serious issues of insecurity in this country. Even manslaughter is not death by hanging, not to talk of words of mouth to now warrant death.

“Today, those who are prosecuted for corruption which is more dangerous than hate speech because it has to do with stealing public funds are now entering into plea bargain for their freedom,” he said.

The lawmaker called on the lawmaker representing Cross River South in the National Assembly not to vote in support of the bill, “praying it doesn’t scale through second reading.’’

Bassey said that as a lawmaker, he has sampled people’s opinions on the bill and found that Nigerians were against the bill.

“When a common man is helpless, the only way out is to speak his mind and that might amount into hate speech which is not completely good; but we must at all times try not to make things worse for them,” he said.

It also aims to discourage persons, institutions, political parties and associations from advocating or promoting discrimination or discriminatory practices through the use of hate speeches. (NAN)

I couldn’t speak because I was weeping — Fatoyinbo