Why Nigeria is underdeveloped — NIPR 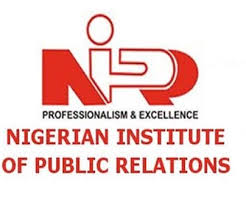 Hasstrup said this in Abuja on Tuesday during a news conference organised in preparation for the 2019 Annual General Meeting (AGM) of the NIPR FCT chapter holding between November 5 and November 7.

He said that the leadership failure cut across the societal spectrum but noted that the failure of political leadership appeared to be the biggest challenge the country faced presently.

“Part of the dilemmas is the lack of good succession plan for young people. This has become a clog in our quest for visionary leadership with the requisite drive to deploy our resources for the good of the populace.

“Hence, we today have a country with one of the best human resources, yet not living up to global expectations in all ramifications.

“It is on these grounds that the 2019 AGM of the NIPR FCT chapter with the theme: “The Leadership Question: Search for 21 Century Leaders”, is considered apt given the apparent leadership problem that has become a monster not only in Nigeria, but the whole of Africa.

“It is therefore, important to kick-start the process of national rebirth through provision of platform such as this to enable all stakeholders generate insight in the area of the type leadership Nigerians must look out for if we are to have hope of resolving our unresolved national issues.

The committee chairman noted that the NIPR intends to utilise the conference as a platform to address the leadership challenge confronting the country.

According to Ginger-Eke, the country can’t afford to be left behind as it would be detrimental to have a process where leadership is an accident.

He said that there would an essay competition for selected secondary schools in the FCT.

“We added this to the programme because leadership begins with students; university undergraduates are also part of this process as Microsoft is collaborating with NIPR to train some of them.

“Dr. Ladi Thompson is the keynote speaker for the AGM scheduled to hold between November 5 and November 7.” (NAN)