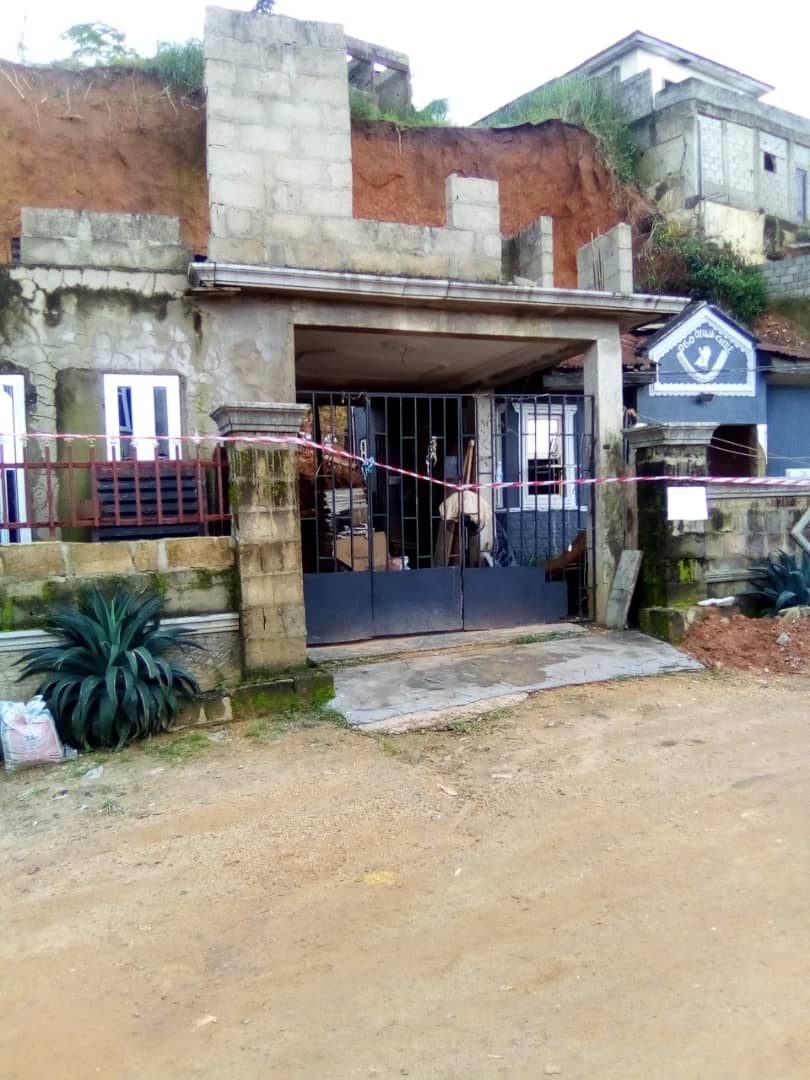 …Says, ‘No going back on evacuating the people’

… We don’t have where to go, govt. should let us live – Residents plead

Life has not remained the same for the Orisha community, Araromi street, Isheri Magodo area of Lagos after a building collapsed in the community killing four persons on the spot and living one critically injured on one of his legs as the Lagos State Government served the community quit notice.

The state government through the Lagos State Building Control Agency (LABSCA) has on Monday gave the residents seven days ultimatum notice to vacate the community or risk forceful eviction. The community is situated close to the Ogun River has been witnessing flooding and building collapse due to its closeness to the river.

According to reports gathered by at The Nigerian Xpress a building collapse just next door to the recent one four years ago leaving four persons dead also. The cause of this according to information gathered from the community is as a result of the lack of proper channel of water from the Magodo Estate.

Residents accused the estate of not making enough water channels rather they allow their waste water to pass through the community to the Ogun River which is very close to them.

An old woman who told our correspondent that she is in her 70s said the cause of the incessant building collapse is lack of water channel from the Estate and the rainfall.

“All the building in the set back wall from the Estate has been collapsing on us in this community. We have lost four children in this community before when a building collapse on our building. We have complained to the state government but they do nothing on our plight, even the owners of these buildings do nothing to erect wall down to prevent the heaps from erosion. Now the government comes to give us notice to quit, we don’t have anywhere we are going to, where do they want us to be living now, we beg them to please live us aloe in the community,” she said.

“We want the government t let us continue to stay where we are, the only thing they can do for us is to talk to the people of the estate to rechannel their water ways,” she added.

“We don’t have any place we be living if the government evacuate us from this community, as I am, I am a bricklayer and work doesn’t come often for me, there is no money, I don’t have anywhere to go, we are pleading with the government to please leave us here,” he said.

The state government had on Monday gave the community quit notice. The notice given to the community with the heading ‘Lagos State Urban and Regional Planning and Development law 2010 Quit notice’ reads in part:

“In view of the above, you are thereby advised to remove all valuables and vacate the property within seven days from the date of the service of this notice,” It read.

Probing further if the notice given to the community is a threat or just the normal ways government has been given communities notice to vacate without implementation and nothing happens after ward, The Nigerian Xpress visited the office of the Public Relations Unit of LABSCA to know what the government would do on the quite notice order.

A senior Public Relations Officer of LABSCA said the notice will be implemented to the letter saying security of life and property of the people in that community is paramount to the government than any other thing.

“It is never a threat, the government meant will match words with action this time around, the situation of people in that community is pathetic. The security of life and property of the people are crucial to government, so evacuating them from the community is in their interest,” he said.

Most of the buildings you see there do not have building approvals from our office, they are built on Ogun River banks and some of them have submerged. It is ot safe for them to continue to live in such community. If the Ogun Dam is released now, it is possible that all the houses there submerged,” he said.

Speaking on the complains of residents of the community that there woes is from the Magodo Estate that houses in the estate have no proper channel and drainage hence all their waste are channel to the community which always cost them a lot of challenges, the officer said that is not the major problem confronting the community but rather they built houses on Ogun River banks and many of these houses have sunk already.

“There problem is not the estate, what affect them more is the fact that these building built their houses Ogun River bank and many of them have sunk, when we went for enforcement, we had to use canoe to access the community this tells you how bad their living condition is in the community. The estate they are mentioning, we will ensure action on them if those houses are found culpable, we will remove them, no one will be spared in this fight for safety of life of property of the people,” he said.