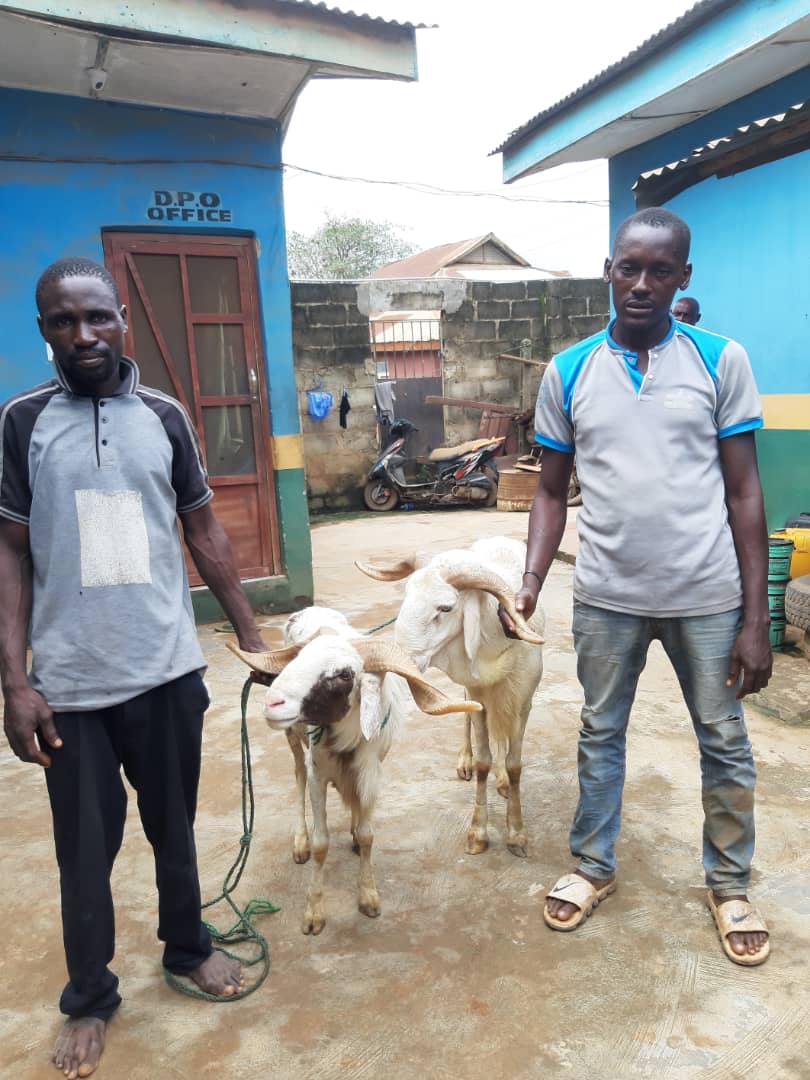 The two suspects were arrested, on October 6, 2019, at the popular Mayor Bus Stop, when the Divisional Police Officer, Ogijo division, CSP Suleman Baba Muhammed, was on routine patrol of the area with his men.

The police team accosted the duo in a bus with Registration Number LAGOS LSD 381 XN, loaded with two big rams.

Upon interrogation, the two suspects were unable to give a satisfactory account of how they came about the rams, hence, they were arrested and taken to the station.

On further questioning, they confessed that the rams were actually stolen.

The Ogun Police spokesperson, Abimbola Oyeyemi said: “ Investigation was going on, when the owner of the rams who had been contacted appeared in the station with clear evidence of ownership of the two rams.

“The commissioner of police, CP, Bashir Makama has ordered a  full investigation into the activities of the suspects, with the view to charging them to court as soon as investigation is concluded.

Our lecturers have comfortable sofas in their offices -UNILAG student