Lawan calls for closer ties between Nigeria and Egypt, Morocco 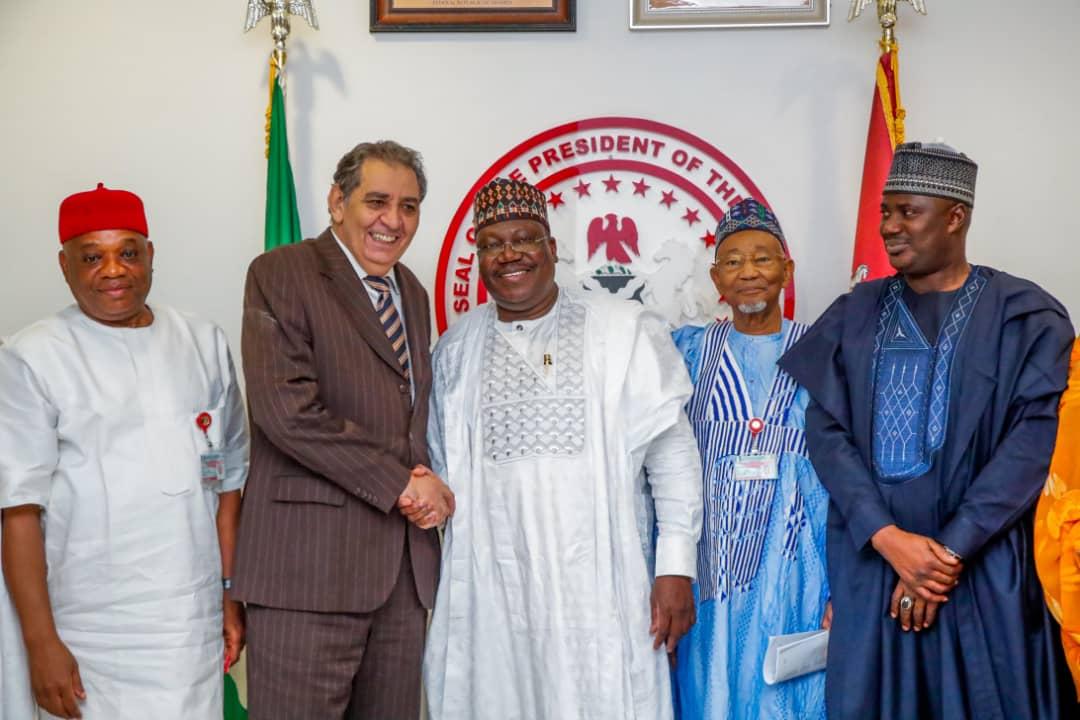 Senate President Ahmad Lawan has called for closer bilateral relationship between Nigeria and Egypt and also with Morocco.

The Senate President said Egypt and Nigeria were leading countries in Africa and acknowledged that the two countries have had a very long relationship.

“Nigeria has been quite supportive of Egypt and Egypt has been supportive of Nigeria. We need to expand and widen this cooperation and partnership between our two countries,” Lawan said.

The Senate President also said the parliamentary relationship between Egypt and Nigeria needs to be improved adding that “there is need for the cooperation that we share between us as two major African countries to be well grounded, established and sustained between our parliaments.”

He said Parliaments normally play very important and significant roles in ensuring that peoples in different countries are able to come together because they represent the people.

“Therefore we carry their sentiments. We carry their aspirations. We want the relationships that benefit the people that we represent on both sides.

“So I will encourage that we try to work out and promote better parliamentary relationship,” Lawan said. 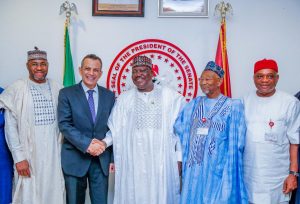 Lawan also urged the Egyptian authorities to ease the process of issuance of Visas to Nigerians seeking to travel to Egypt for legitimate business.

Lawan made the appeal against the backdrop of numerous complaints received by his office from Nigerians who were denied visas by the Egyptian embassy.

“While we are not going to encourage that whoever does not qualify and applies for visa be given, we believe that many Nigerians have legitimate reasons to apply for visas to go to Egypt.

“We need to intensify every possible effort to ensure we are able to address those issues that make this difficult,” Lawan said.

Earlier, the Ambassador of Egypt, Assem Kanafy Elseify, said the purpose of his visit was to congratulate the leadership of the Senate following its emergence on June 11.

Elseify also conveyed the intention of the leadership of the Egyptian parliament to visit its counterpart at the Nigerian National Assembly.

According to him, the visit would afford the leaderships of both parliaments the opportunity of strengthening legislative ties in a bid to ensure the development of both countries.

Receiving the Moroccan Ambassador  Moha Ou Ali Tagma, the Senate President said Nigeria and Morocco have many things that have brought them together.

He cited as examples the agreements on Fertilizer and gas pipeline projects which are underway and which will no doubt be beneficial to the two countries.

He said the National Assembly will play its part to support President Muhammadu Buhari to ensure that the projects are delivered.

Earlier, Ambassador Tagma said Nigeria and Morocco stand to benefit mutually from each other in various sectors.

“Since the visit of President Muhammadu Buhari to Morocco in June 2018, we have developed a very strong and good relationship in many sectors.

“We hope to maintain this relationship because Nigeria and Morocco have much to share”, he said.