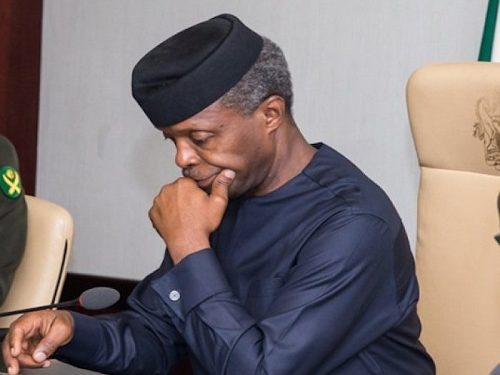 There is something about archetypes. They follow a pattern. They have expected features, coloured in some expected hues and flowing in an expected course. Perhaps, that is why they are so-called; they have to fall into the mould designed for them. Anything short of this makes the subject a rebel, an iconoclast of sorts.

The Malcolm X story readily comes to mind. Little Malcolm had shown promises of academic brilliance in school, prompting his teachers to take a special notice of him. One day, his teacher asked him what he would want to be in future. The young man proudly told the teacher that he desired to be a lawyer. Boom! There began Malcolm’s problems. Lawyer? How can a young black man, the son of a slave, aspire to be a lawyer in America at that time?

Who will be the carpenter, bricklayer, mechanic, and other artisans if this young man dreamt of being a lawyer? They labelled him a bad nigger. The challenges that followed shaped the man you know as Malcolm X or shall we call him Malik El Shabbaz, his Muslim name. He refused to be the archetypal black man and got the full dose of heat that goes with being different.

This might not be about an Afro American rights crusader, but I certainly find Yemi Osinbajo, an erudite professor of law and vice president of Nigeria in this light, suddenly.

Apparently, vice presidents do have a pattern, their typical expected pattern. Docile, meek, unobtrusive with a servant mentality that sees no wrong, knows none and does none. Archetypal? Perhaps. In our part of the world, this profiling is that of the jobbers around any government waiting to pick holes where none exist. Waiting to interpret a smile as a grimace, a grin as rue, a laugh as a glee. They wait to see a clap as a Heckle, walking as swagger and a handshake as a proof of alliance against the master. For them, a Vice has no life of his own. Like Emperor Nero, they expect such a person to take permission to die. Talk of archetypes!

That is probably the sin of the man who has refused to fit into their archetypal mould. Obedient, dutiful, loyal and focused, Osinbajo is not your run-of-the-mill veepee. He is busy, pursuing the agenda of the government he was elected to serve and has no time to engage in frivolities. That is probably the annoyance of the columnists. Don’t worry whether they are of the fifth grade or more, but the jobbers are confused and annoyed. They cannot understand such aloofness from a man, who should either be busy amassing wealth or building a political empire.

They cannot seem to find a point of ridicule so they turn to twisting government business rules to mean a twisting of fortunes or a clipping of wings. This makes it clear that Osinbajo’s case is like that of a piece of gold. My people have a saying that for want of what to scorn the gold with, they say it has the colour of excreta. But, do this colour and the attendant insinuation detract from the goldness of the gold?

READ ALSO: CBN order on cash deposit may be revised

In the recent past weeks, stories of whittling of the veepee’s powers, nay functions, spurious conspiracy theories and unfounded propaganda have assailed the person and office of Yemi Osinbajo. But trust him. He let his persona become the key weapon in these infamous agonistes.

I remember a football dribbling style dubbed “don’t dirty me” in the days of Ogidi Ibeawuchi of Rangers International then, and I remember Osinbajo’s style. He does his job with finesse, plays by the rules and fills his watchers with admiration. That is probably why he has attracted the full wrath of 2023 campaigners, who do not know what to make of him. Is he a contender? A cheerleader? Or just an onlooker?

Certainly, only God and time will tell. As these agonists are forced on him, by people who want to know where he stands, it is clear that he cannot be bothered. Clear conscience, they say, fears no accusation. Isn’t it the case with the vice president? Kashinawo, as the Yoruba would say, let us watch and see.