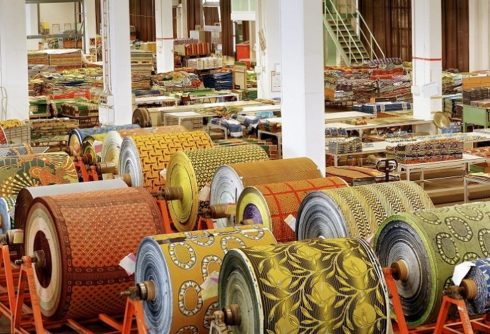 The Federal Government has reinstated its commitment towards reviving the Cotton, Garment and Textile industry to create more employment opportunities for Nigerians.

The Minister of Agriculture and Rural Development, Sabo Nanono gave this assurance in a statement by Director Information, Mohammed Nakoji on Friday in Abuja.

He quoted the minister when he received the Vietnam Chambers of Commerce and Industry (NVCI) delegation led by the Chairman, Mr. Oye Akinsemoyin, in his office  in Abuja.

According to Nanono, “textile and garment industry is one of the three pillars that is crucial to the development of the economy, adding that it would reduce unemployment substantially.

“Textile, garment and cotton industry are the core of the Agro Allied industry.

“Textile industry is capable of employing hundreds of thousands of people across the country, especially in Kano, Kaduna, Aba, Lagos and some other key areas.

“In Nigeria from 1985 to 1986, our textile industry was in good shape. During this period, Nigerian’s textile materials were one of the best in Africa and beyond until importation of textile into the country between 1987 to 1990, which has led  us to the state we are now.”

The minister said the Federal Government was ready to create enabling environment that would attract foreign investors in the textile industry.

Earlier, the President, Nigeria of NVCI, Mr. Oye Akinsemoyin said ‘’there is need for the federal government to focus on revitalizing the industry inline with the President Muhammadu Buhari’s policy of economic diversification”.

He said the Vietnam textile industry had grown over the years from the 60s and presently had churned out over 6,000 enterprises.

He said the industry has employed over 2.5 million people in Vietnam while the annual growth rate is about 9.8 per cent.

The NVCI president said it had been estimated that in 2025, the sector would be attaining $55billion on export from garment and textile, adding that Nigeria could attain a similar feat if its industry was revitalized.(NAN)