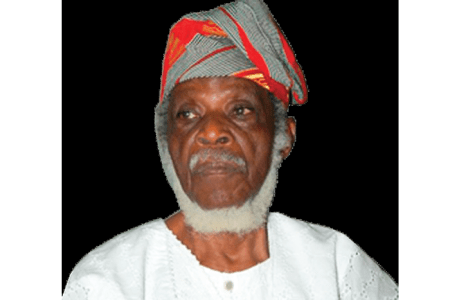 A National Leader of Afenifere, Sen. Ayo Fasanmi, has congratulated President Muhammadu Buhari on his victory at the Presidential Election Petition Tribunal in Abuja.

Chief Abiodun Akin-Fasae, Afenifere Publicity Secretary in Ekiti, who spoke on behalf of Fasanmi, said on Wednesday that the president’s victory was a good development for Nigerians and democracy.

The News Agency of Nigeria (NAN) recalls that the PDP and its candidate, Atiku Abubakar, had approached the tribunal seeking the nullification of the victory of Buhari in the February 23 poll.

But delivering judgment on the matter, Justice Mohammed Garuba dismissed all the grounds of the petition.

Fasanmi paid tributes to the judiciary ” for painstakingly going through the details of the petition without bothering whose ox was gored.”

He advised all stakeholders to come together and work for the progress of the country, saying ” there is opportunity for everyone at all times to contribute to its development.”

In his own reaction, the Chairman of the Buhari Campaign Organisation in the 2019 general elections, Dr Olusegun Osinkolu, urged Alhaji Atiku Abubakar to accept the judgment in good faith and not heighten tension in the country.

Former Deputy Speaker of Ekiti House of Assembly, Chief Taiwo Olatunbosun, hailed the judgment, saying the outcome would enable the president serve the nation more than ever before.

Also commenting, the Senator representing Ekiti Central Senatorial District, Opeyemi Bamidele, commended the judiciary over the judgment, stressing that it would end all distractions and allow the president to focus on governance.

Bamidele, the Chairman, Senate Committee on Judiciary, said the comprehensive nature of the judgment had shown that there was hope in the nation’s judiciary.

A lawyer, Mr Foluso Olawale, however, disagreed with an aspect of the judgment which declared Buhari as not only qualified but ” eminently” qualified academically to contest the election.

He also objected to the pronouncement of the tribunal to the effect that there was no provision for electronic transmission of results in the Electoral Act and electoral guidelines.(NAN)