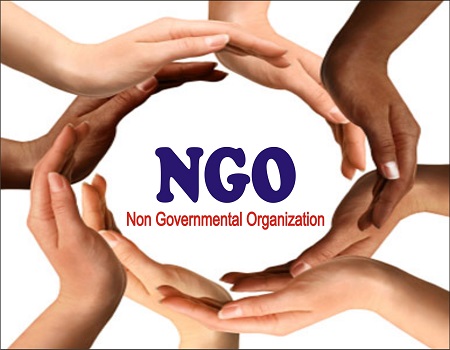 A Non Governmental Organisation, Centre For Citizens with Disabilities (CCD), has began advocacy campaign to sensitise people with disabilities on the effects of corruption on their lives.

CCD said that the aim was to empower them to track government programmes particularly those directly affecting them to ensure the desired outcome.

Mr. Kola Ogunbiyi, Senior Programme Officer of the organisation said during a strategic stakeholders meeting on corruption on Thursday in Kaduna State, that proper monitoring would limit corrupt practices in the implementation of any government programme.

“We have been engaging and sensitizing the disability community about the project which is aimed at building the capacity of people with disabilities, so as to ask questions on issues that affects them.

“How many hospitals are accessible to people with disabilities?

“Somebody on wheel chair cannot easily walk to the hospital, also the deaf cannot communicate freely with the doctor.

“The normal thing is to have sign language interpreter who will make communication easier with the doctor, which we don’t have and there is always budgetary allocations for that,” he said.

Ogunbiyi said said the sensitisation programme was being conducted in collaboration with Actionaid, UKaid and Centere for Communication Programme in Nigeria

He said that it was earlier held in the South South and South East zones and would be conducted in Kaduna, Kano, Abuja Jigawa and Lagos.

The official explained that it was important to engage state actors in ministries, departments and agencies (MDAs) so as to have better understanding of the issues and be able to track any attempt to corrupt the process.

According to him, it was also important to practically engage state actors for them to give account of their responsibilities.

“So that we know what the budget is meant for as it affects the welfare of people with disabilities and ensure better living for them.”

Ogunbiyi encouraged people with disabilities in Kaduna state to ensure the passage of the Disability Bill with the state Assembly.

“If the disability law is passed, it would guaranty equality and access, and we will begin to have a better society,” he stressed.

Another official, Mr. Peter Ekemini, said CCD is working to promote inclusion, participation, access and mainstreaming of issues of critical concerns of citizens with disabilities.

Ekemini said the organization is also working to educate, support and empower persons with disabilities and their families.

He added that CCD was also promoting participation of people with disabilities in governance and strengthening their advocacy capacity.

The official explained that they have been mobilising people with disabilities through town hall meetings to encourage them to raise their voices on issues affecting them, including corruption.(NAN)