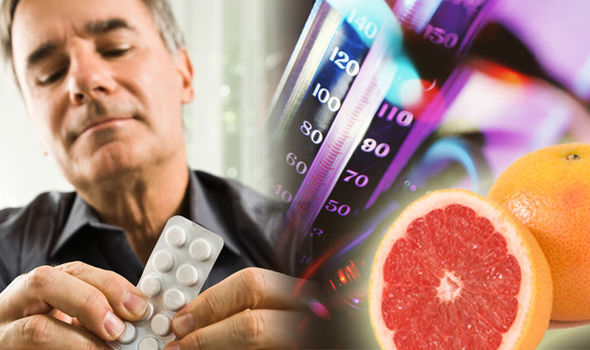 A Pharmacist, Mr. Emmanuel Tangang, has advised Nigerians against consumption of fruits during medication to avoid reduction in the potency of the drugs.

Tangang gave the advice in an interview with the News Agency of Nigeria (NAN) on Thursday in Kaduna.

According to him, many people do not know that some fruits interact badly with certain medications.

“This means your meal can end up reducing the efficacy of your drugs, or worse still, could become a health nightmare.

“An example is banana; do not eat them if you take ACE inhibitors such as Captopril, Enalapril and Fosinopril, among others.

“Bananas (as well as oranges, leafy greens and certain salt substitutes) are high in potassium.

“Too much potassium can cause an irregular heartbeat and heart palpitations. Avoid eating large amounts of foods high in potassium if you are on ACE inhibitors,” Tangang said.

The pharmacist said that taking milk while on medication could also reduce the potency of the drugs.

“Don’t drink milk when you take some antibiotics including tetracycline, ciprofloxacin (quinolone antibiotics) and certain osteoporosis medication, such as alendronate (Fosamax).

“Milk has calcium which can interfere with the effects of some antibiotics; so, you should not take such antibiotics with foods high in calcium like milk, yoghurt or cheese.

“Supplements containing calcium should also be avoided for a few hours before and after taking these antibiotics,” Tangang said.

According to him, grapes juice can reduce the potency of some drugs used to burn fats (cholesterol) or treatment of hypertension.

“There is a drug called artovastatin which is a fat burner, whose potency can be reduced if taken with the grape juice.

“Grapes can also reduce the potency of some drugs used for the treatment of hypertension such as Nifedipine and Amlodipine.

“Chemicals in grape fruits interfere with how your body metabolises certain drugs, which can result in more of the medicine ending up in your blood stream.

READ ALSO: 10 African leaders due at Mugabe funeral as row over burial continues

“It can increase the chance of side effects, if you are on the lipid-altering statins.”

The pharmacist said that cranberry juice could also reduce the potency of Warfarin drugs.

“Cranberry juice can reduce their potency to do this.”

According to him, lemon juice can also reduce the potency of malaria drugs when one is on treatment.

“Lemon juice contains sour-tasting juice like Vitamin C which, if taken at the same time with some drugs used in treating malaria such as Coartem and Amatem, can reduce their strength or potency.”

He said that taking apple could also reduce the strength of activity of drugs used to treat infections commonly grouped as anti-infectious drugs like the antibiotics.

“It reduces the potency of some drugs used to treat some allergic reactions like itching of the body, small rashes on the body or other reactions.

“Apple can reduce the potency of some drugs used to stabilise some complications that can arise from transplanting of organs such as the kidneys,’’ Tangang said. (NAN)

consumption of fruits during medicationMr. Emmanuel TangangPharmacistreduction in the potency of the drugs
0 33
Share

Expert advises fruits intake to boost immunity against COVID-19, others