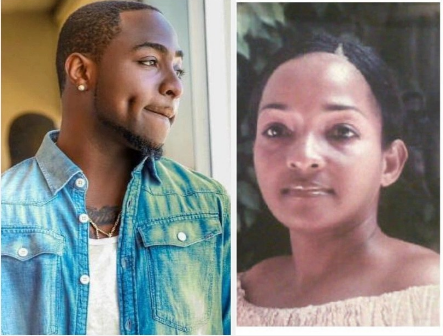 David Adeleke, Nigerian Afropop singer better known as Davido, has paid a glowing tribute to Veronica Adeleke, his mum, who died many years ago.

The award-winning singer visited his Instagram page on Tuesday to share a picture of his late mother and appreciate her for the roles she has played in his life — even in her demise.

He also expressed his love and gratitude to her for being an amazing mum and assured her that he is doing “exceptionally well”.

Veronica Adeleke passed away on March 6, 2003 at 39. Her passing on came as a shock to the entire family.

Prior to her death, she was a lecturer at Babcock University in Ogun state.

The 26-year-old singer had recently spoken about his plans to officially tie the knot with Chioma Avril Rowland, his longtime girlfriend.

“We have not started all that plans yet. 2020 is the year for sure,” Davido said.

This is after he had concluded an introduction ceremony with his would be wife’s family.

The CEO of Davido Music Worldwide (DMW) also promised to bless us with a new offering in October.