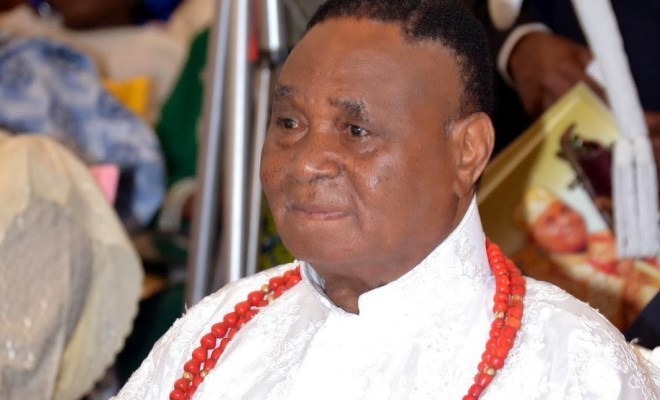 Two former presidents of Nigeria, Chief Olusegun Obasanjo and Dr. Goodluck Jonathan, were among the dignitaries who attended the 85th birthday thanksgiving service of the Esama of Benin, Chief Gabriel Igbinedion, on Sunday, in Benin, Edo State.

NAN reports that the event, which took place at the Saint Gabriel, the ArchAngel Catholic Church, was also attended by traditional rulers, politicians, clergies, parishioners, friends and well-wishers of the patriarch.

Delivering the homily entitled: ‘Gratitude and Thanksgiving: A fulfillment of God’s will’, Rev. Father Alfred Agbonlahor, charged the congregation to take thanksgiving, a moral obligation of Christians, seriously in order to attract God’s blessings.

The priest cited relevant sections of the Bible on gratitude, including, Luke Chapter 17: verses 11-19, when Jesus, on his way to Jerusalem, encountered ten lepers, healed them, but only one returned to thank Jesus afterward.

He described the celebrant as ‘a man after God’s heart’ and a distinguished entrepreneur who has contributed immensely to human capital development in Edo in particular and Nigeria at large.

“He is a dogged man who does not give up in the face of daunting challenges in life.

“You have diversified your investment; even before we were born, you raised many people through your act of generosity”.

The Benin monarch, Oba Ewuare II, was represented at the event by the Obasogie of Benin, Chief Eduwu Ekhator, and the Aiwerioghene of Benin, Chief H. Bazuaye, while the the Iyase (Prime Minister) of Benin Kingdom, Chief Sam Igbe, was present.