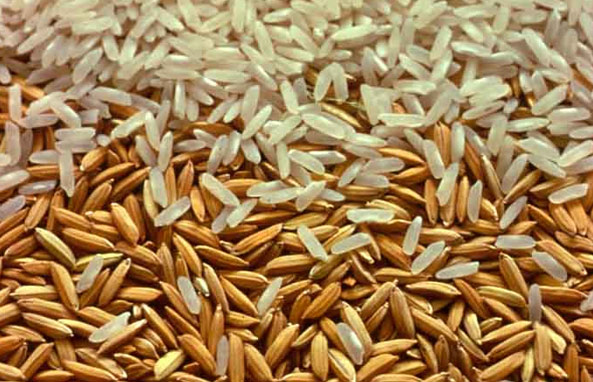 0 11
Share
Rice Processors Association of Nigeria, RIPAN, has said Nigeria risks the loss of over $400 million to rice smuggling if the over one million metric tonnes of the commodity is allowed to enter the country from Benin Republic..National Chairman of RIPAN Alhaji Mohammed Abubakar Maifata and his vice-chairman, Mr Paul Eluhaiwe disclosed this to journalists in Abuja on Thursday after an intensive border and port survey by the association.The RIPAN boss also said that at present, about half a million metric tonnes of the commodity have already been booked in Thailand for onward journey to Nigeria preparatory to the Christmas season.
READ ALSO:Collapse us if you can, British government dares Brexit opponentsThis, according to the chairman, would no doubt have a ripple effect on rice processors in the country as their activities would be hampered if this impending illegal importation is not checked with the attendant colossal loss of over $400 million.  According to him, the closure of the Nigerian Benin Republic border would go a long way to curb the menace of rice smuggling so that local producers would have a breather, adding that the association supports the current border closure by the government.Economic Confidential recalls early this year when RIPAN cried out to the federal government that despite concrete and visible interventions of the Central Bank of Nigeria (CBN) via the Anchors Borrowers Programme (ABP) on the rice sub-sector of the Nigerian economy, over 70 percent of rice in Nigeria markets remain foreign or imported.RIPAN and other stakeholders had in a three-week survey on the rice market across the six geopolitical zones in the country observed that foreign rice such as Mama Gold, Royal Stallion, Rice Master, Caprice, Falcon Rice and Basmati are sold alongside Nigerian rice.He said his association join other stakeholders in the rice subsector, namely, Rice Farmers Association of Nigeria (RIFAN), in commending the central bank of Nigeria(CBN) for the timely intervention and banning of rice since 2015, a development that has seen growth in local production of rice and serious saving of foreign exchange.He commended the Nigeria Customs Service (NCS) for its current and rigorous fight against smuggling of the commodity and enjoined the various security agencies who are mandated by the current directive to raise the bar of the fight to check the various porous borders.
Related Posts