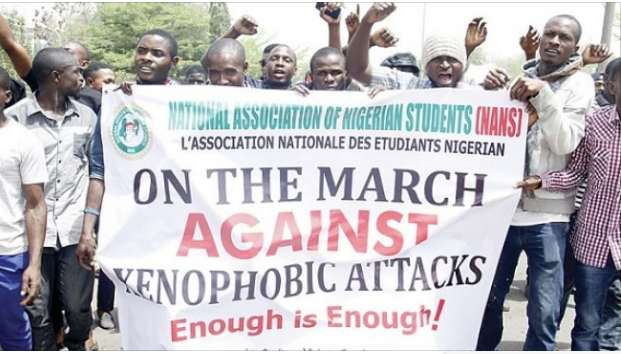 He said picketing would not stop the killing of Nigerians in South Africa, but worsen the rivalry among citizens of the two nations.

Orji, Director-General of Centre for Protection of Nigerians in Diaspora, made the appeal following threats of attack on South African businesses in Nigeria by the National Associations of Nigerian Students (NANS).

The News Agency of Nigeria (NAN) reports that the association, had on August 8 in Yola, Adamawa State, picketed South African businesses, warning them to leave the country within seven days.

READ ALSO:Britain’s Corbyn ‘will do everything necessary’ to stop no-deal Brexit

Also, the students association in Ogun State have picketed South African companies such as MTN, DSTV and Stanbic Bank.

Orji said that there was a lot of risk in picketing and this would not favour anyone, while violence had never settled any dispute, but ignited the fire.

He said that violence on South African companies could not be the right approach as it would not stop the killings, but rather add to the sufferings of Nigerians there who were mostly employees.

“Although Xenophobic attacks on Nigerians in South Africa is very wrong and condemnable, the picketing approach is also very condemnable.

“Do not forget that their presence has brought solutions to many gap in goods and services where Nigerians are the employees, doing that will leave some youths jobless.

“Picketing of South African businesses may be tantamount to theft in the name of trying to destroy properties because while doing that miscreants and thugs can use the opportunity to cart away valuables and most times, lives are lost.

“Why most people believe in protest, whether peaceful or not, but I think the best way to resolve issues is peaceful means or roundtable dialogue.

“We need each other, which is why Nigerians leave their country for another, this is because we need something from them and they too do same,” Orji said.

He said a roundtable by the two countries would be the best approach to bring normalcy to the issue.

“We, therefore, urge the National Association of Nigerian Students not to adopt violence or take laws into their hands as these can be hijacked by unscrupulous elements and cause harm beyond repairs, especially to our people and land.

“Sometimes, chanting war songs does not make one victorious,” he said. (NAN)