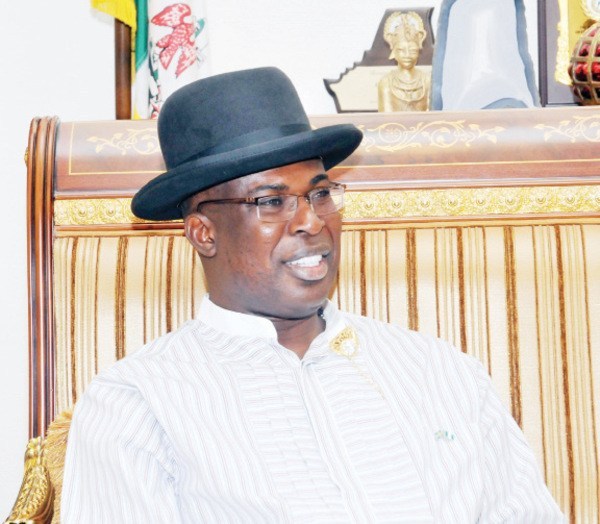 Former Governor of Bayelsa State and now Minister of State for Petroleum, Timipre Sylva, may have backed out of the forthcoming November 16, 2019, governorship election in the state.

It was gathered that Sylva, who was sworn-in as Minister by President Muhammadu Buhari, on Wednesday, was not throwing his weight behind another chieftain of the All Progressives Congress (APC) in the state, Mr. David Lyon, for the governorship ticket of the APC.

Only six aspirants obtained the party’s N22.5 million expression of interest and nomination forms and Lyon, who is a key player in the oil and gas industry and major financier of the APC in the state, was listed as one of them.

Others were a former Minister of State for Agriculture, Sen. Heineken Lokpobiri; a former Resident Electoral Commissioner (REC) Frankland Briyai; a founding member of the APC, Preye Aganaba; a former Commissioner of Police, Deseye Poweigha and Chief C.K. Amgbare.

It was gathered that the latest decision of the new minister altered political permutations in the state as other aspirants in the APC and the leadership of the Peoples Democratic Party (PDP) were said to be reviewing their earlier strategies.

Confirming the development, one of the aides to the new minister, who spoke in confidence, said the choice of Lyon was borne out of the desire to win the forthcoming election.

“Besides, the APC must present a popular and acceptable candidate to withstand the PDP in Bayelsa. Lyon is our candidate and I know he will win the ticket soon”.

Also, Sylva’s ministerial portfolio attracted celebrations in the state as messages poured in to congratulate him.

APC women, who were dressed in colourful outfits, were seen at the state’s secretariat of the party dancing in celebration.