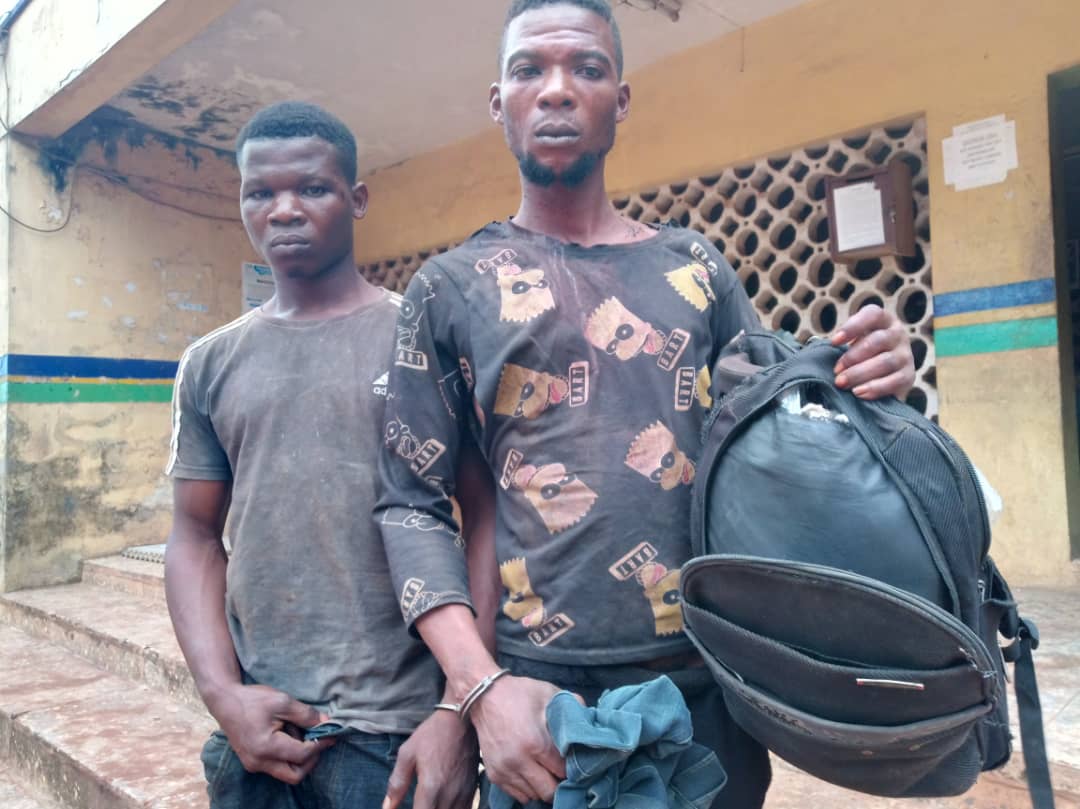 Two suspects, Lekan Odusote, 27, and Monday John, 22, have been arrested by men of the Ogun State Police Command for snatching a motorcycle and killing the rider.

The suspects who were arrested on Tuesday, had lured the cyclist  to Ikangba area Obalende in Ijebu-Ode, where they killed him, took his corpse to an uncompleted building, dug a shallow grave and buried him there.

To perfect their plan, the suspects had also sold off the motorcycle for N120,000 at Ijebu-Igbo.

An argument however ensued as the suspects could not agree on a sharing formulae.

The serious altercation between duo led to some shocking revelations which  arouse the suspicious of people around.

According to the Ogun Police Public Relations Officer, Abimbola Oyeyemi, it was the people who had the argument that alerted the police to shocking revelations the suspects were making.

Oyeyemi said, “Upon the information, the DPO Obalende Division, Sunday Omonijo, a Chief Superintendent of Police, swiftly dispatched his detectives to effect the arrest of the two suspects.

“On interrogation, they confessed luring an Okada man to an isolated area where they killed him and took possession of the motorcycle which they sold, and the sharing formulae of the proceed caused disagreement between them.

“The suspects have taken police to the uncompleted building where the victim was buried, and the corpse has been recovered and taken to mortuary for post mortem examination.”

The Commissioner of Police, CP Bashir Makama, has ordered the immediate transfer of the suspects to Homicide Section of the State Criminal Investigation and Intelligence Department for further investigation and prosecution.