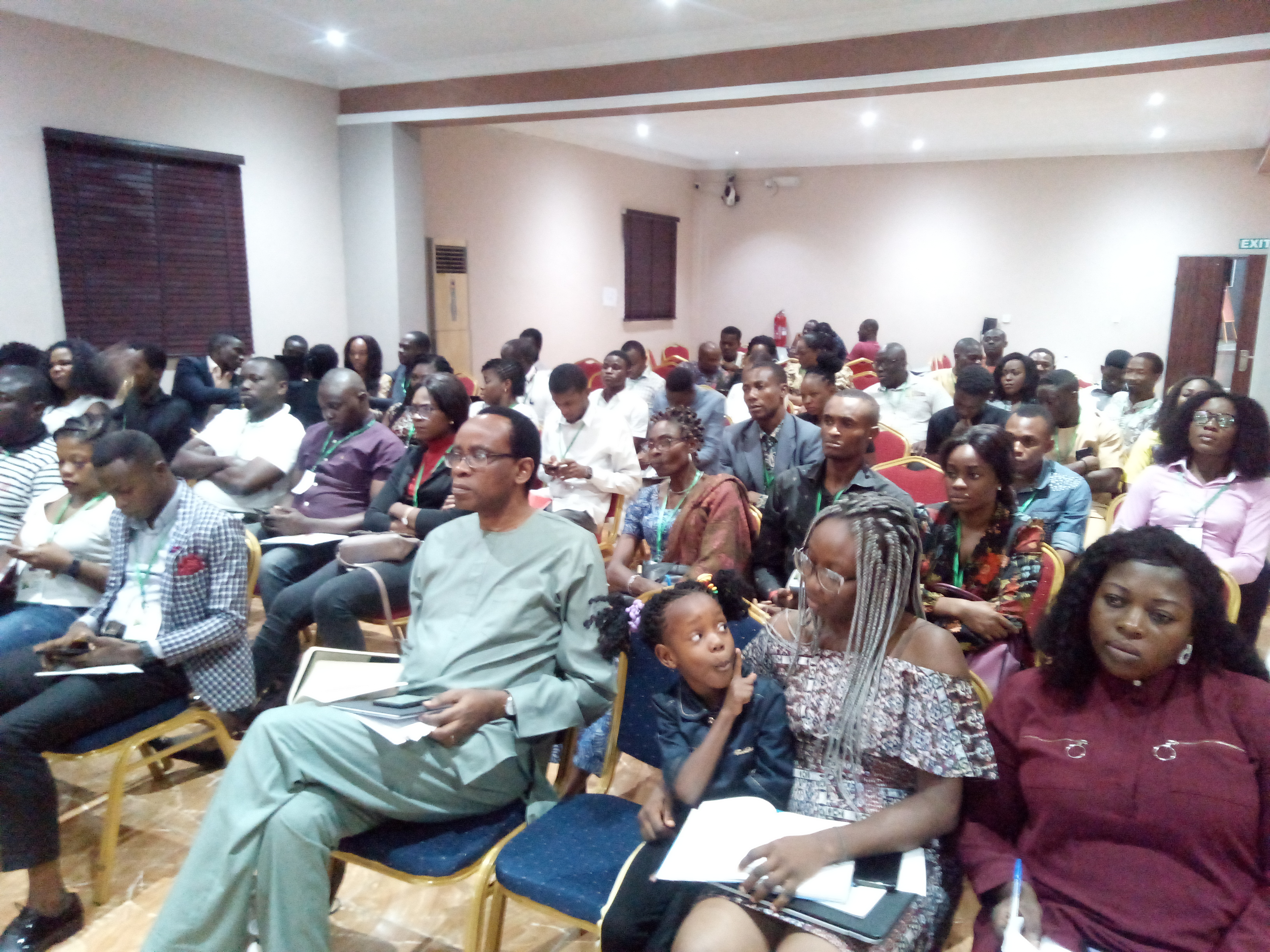 In a bid to tackle the menace of climate change, an environmental think-tank organisation, Health of Mother Earth Foundation (HOMEF), in partnership with the Federal Ministry of Environment and United Nations Development Programme (UNDP), over the weekend in Port Harcourt, Rivers State, embarked on intensive two days training of about 70 youths from the South-South region of Nigeria.

The regional summit titled “Youth Climate Incubation Hub for South-South zone” was in furtherance to strengthening   Nigeria’s   position   as   a   member   country   of   the   United   Nations’   Youth Engagement and Public Mobilization track at the Climate Action Summit in September 2019.

The youths who exhibited their ideas on how to ensure a better environment  and proffer solutions to the issue of climate change where draw from Akwa Ibom, Bayelsa, Cross River, Delta, Edo, and Rivers State.

In his remark, Rev Nnimmo Bassey, an Environmental Justice Advocate and Director of HOMEF highlighted the importance of the Youth summit on Climate Action, which he said is  to unlock youth innovativeness in Nigeria’s climate action.

He emphasised that young people have the brightest ideas for solving problems of climate change in Nigeria.  He said at the end of the roundtable, best ideas would be selected to national and global level as an intervention to the climate issue.

In an interview with The Nigerian Xpress at the programme, Nnimmo Bassey noted that from interaction with the youths at the summit, it shows that the Nigerian youths are well prepared to tackle the environmental issue, urging that the federal government should endeavor to implement the good ideas from the youths on the climate change.

He said: “The climate hub for the South-South youths went excellent well because we were worried about how open the youths are with the ideas to fight climate change, how really they will be to express in the midst of their colleagues. But as it is they all came well prepared, they came with their ideas and then they were quite opened to new ideas.

“At the end of the day we are able to harmonize the ideas and pick up the best collection of ideas that we can take to the national level and from there to the global level.

“To the Nigerian government, this workshop and the series of hub that will come up in the country is being held by the invitation of the Ministry of Environments, so clearly the federal ministry of environment knows that good ideas would come from the youths and so they are facilitating the holding of this hub.

“Is one thing to hold the hub and another thing to take the solutions into practice and so I urge the Nigerian government that the youths are consciously getting together to bring up these ideas, building solidarity amongst themselves, learning from one another, when the ideas gets to your desk please put them into practice, implement them and do not put them into the shelve”.

Also speaking on waste management, he said “The issue of waste management which is a very basic environmental problem is still not being handled adequately. There is alot room for improvement and not surprisingly many of the recommendations from the youths from the South-South had to do with the waste management, especially about how to recycle waste into useful products, also how to turn organic waste and vegetative waste into energy producing feast talk.

“The issue of plastic waste management featured prominently and so we saw the connection being drawn between flooding and waste disposal, flooding and continuous use of single use plastics, flooding polluting and water pollution. The solution also recommended how this can be handled.  I think this was very useful in terms of bringing new ideas as well as reiterating old existing ideas”.

Earlier, in a welcome address at the event,  the Federal   Ministry   of  Environment   through   its   Department   of   Climate   Change   charged   the participants on the imperativeness of the summit, noting that climate and climate change have become an issue of global concern particularly in Third World countries like Nigeria.

Some of the recommendations at the end of the hub include, that Climate Change Desk Officers at both Federal and State ministries in Nigeria should ensure that participants of this Youth Climate Hub are  further engaged on climate change issues; that effort should be made on recycling as regards plastic bottle collection and reuse and also waste segregation and separation, establish environmental clubs and advocacy for target groups and also creating certain social documentaries in local dialects on climate change and generate biogas from household biodegradable waste and biodigester

Others are that Applications should be available to map vulnerable and non-vulnerable areas to climate change  impact and solar panels should be more affordable for the people; Mangrove reclamation and tree planting especially indigenous and economic crops, there should be a massive advocacy campaigns on the impact of climate change; among others.

Participants that spoke with our correspondent expressed satisfaction on the arrangement by the facilitators and assured to contribute to the development of the environment as it affects climate change.

Oviruo Ogheneruemu, participant from Delta state said “My adaptive strategy is to see how to ameliorate the climate change issue in Delta State in particular, to encourage the use of Ethanol as a replacement for fossil fuel. Another is to see how we can create awareness about the issue. We can integrate climate change into the school curriculum so that it becomes a course or subject that is taken in the school so that from primary, secondary and tertiary institution the subject will be studied for people to know the daily causes and as well as the effect it has on them and the society at large.

“Also that people should get into the use of solar panel system which generate source of power from the sunlight and is environmental friendly and is cost effective.”

“Firstly, we think of energy transition, moving away from dependency on fossil fuel into using organic materials to generate energy, eg, we can use our waste to generate biogas that can be used for cooking processes. We can take advantage of the climate change condition, like extreme temperature to tap solar power to use for our gadgets instead of investing into using generator to provide power.

In Rivers State we have an issue of pollution, oil spills everywhere and most ways of remediation of the polluted sites involves tilling of the polluted land and is a rigorous process. So, I am researching the use of earthworm and mushroom though I am doing a comparative analysis, this works for remediation of environment”.

The youth climate Incubation hub is expected to hold across the six zones of the country before the Climate Action Summit in September.

WANTED: A strong institution for Nigeria