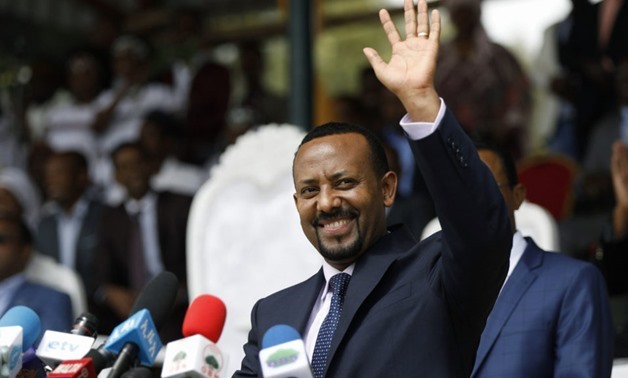 Sudan TV reports that the country’s Transitional Military Council (TMC) and the opposition Freedom and Change Alliance are scheduled to officially sign the political and constitutional declarations that establish the transitional rule in the African country.

The Ethiopian prime minister was received upon arrival at Khartoum airport by Jamal Omer, head of TMC’s security committee.

The political declaration, signed by the two sides with initial letters on July 17, determines the structures of the transitional period including the sovereignty council, the council of ministers and the transitional legislative council.

The constitutional declaration, signed with initial letters on August 4, determines the powers of the transitional period structures and members of a 39-month transitional government.

News Agency of Nigeria (NAN) reports that the first stages of the transition should follow the signing with the announcement on Sunday of the composition of the Sovereign Council, the majority of which will be composed of civilians, which will lead the transition.

On Thursday, the Alliance for Freedom and Change (ALC), the spearhead of the protest, appointed Abdallah Hamdok, a former UN economist, to become Prime Minister.

The Sovereign Council is due to announce on Tuesday if it confirms this in this position.

Mr. Hamdok will then have the difficult task of rebuilding the country’s economy, which collapsed after the secession of the South in 2011 deprived it of three quarters of its oil reserves.

Inflation and shortages were the driving forces behind the protest.

Elections are scheduled for 2022, but many Sudanese are already doubting the ability of transitional institutions to limit the power of the military elite.

If they are in a minority among the 11 members of the Sovereign Council that is to govern 40 million Sudanese, it will first be led by a general for 21 months.

And the Ministers of Interior and Defence will be chosen by the military.

“Political dynamics will be more important than scraps of paper.

“The biggest challenge for the government will be the dismantling of the Islamist (informal) entities that have taken control of all state institutions and key sectors of the economy,” says Rosalind Marsden of the London-based Chatham House think tank.

The Ethiopian Prime Minister will participate in the ceremony alongside leaders from other countries in the region.

One of the first consequences of the diplomatic agreement is expected to be the lifting of the African Union’s suspension of Sudan in June.

General Mohammed Ali Ibrahim, a member of the Transitional Military Council, said on Friday that the signature would “reopen the door to Sudan’s international relations”. (NAN)