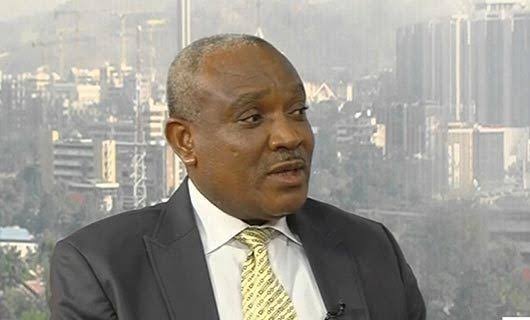 President Muhammadu Buhari has removed one of his top aides and his Special Presidential Investigation Panel on the Recovery of Public Property, Okoi Obono-Obla,.

Obono-Obla’s sack was confirmed by a top presidential source who craved anonymity.
The letter conveying Obono-Obla’s sack was delivered to the Solicitor-General of the Federation and Permanent Secretary Ministry of Justice, his supervising ministry.
His suspension letter, signed by the Secretary to the Government of the Federation, Boss Mustapha, directed the Obono-Obla to step down and then proceed to answer questions from the Independent Corrupt Practices and other Related Offences Commission (ICPC).
According to the source, the embattled presidential aide mIggy,  in addition, face prosecution with regard to his academic credentials, specifically the WAEC Certificate issue.
The source added that the Federal Government might request the University of Jos to withdraw his law degree and the Nigerian Law School to debar him from practice.
This is owing to the conclusion of the ICPC investigation, the recommendations of which were approved in full by President Buhari.
When contacted, Senior Special Assistant on Media and Publicity to the President, Malam Garba Shehu, said he was not briefed on the issue and asked that press enquiries be directed to the SGF.
On Friday, a detachment of police officers from the Force Headquarters had sealed off Obono-Obla’s Asokoro office shortly after close of work.
The move was believed to prevent him attempting to move incriminating evidence, the source said.