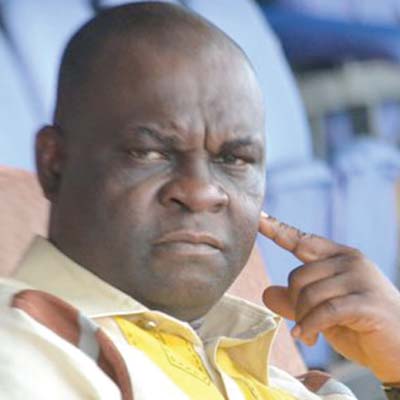 Former board member of the nation’s soccer governing body, NFF, Chief Fan Ndubuoke has made a case for the NFF to include a city in the South East Zone as one of the designated venues for the FIFA U-20 Women’s World Cup which Nigeria is bidding to host.

Ndubuoke in a statement faulted the NFF on the choice of cities chosen to host the tournament insisting that excluding the South East Zone was unacceptable, even as he called for a rethink.

Ndubuoke’s statement read in part: “The decision of the nation’s football governing body, NFF to ignore and exempt the South East among the cities selected across the geo-political zones in the country considered to host the proposed FIFA U -20 Women World Cup next year is to say the least most unfortunate,  unacceptable, very questionable and above all, insensitive.

It raises doubt on fairness, equity and sincerity of purpose in the entire bidding exercise given the fact that one zone alone,  out of the six geo-political zones in the country, was alloted three cities namely Benin, Uyo and Asaba while the South West was given two slots (venues) in Lagos alone.”

Ndubuoke, while making a case for the South East further stated: “The South East,  over the years, has produced more than 70% of national team players in all tiers of the female national football teams. Same goes with clubs in the women domestic league in the country. It therefore becomes very surprising if not shocking to observe that the zone with five states and world class football stadia and solid sporting facilities was exempted in the provision of cities for the global sporting fiesta. Moreover, the South Eastern governors have shown immense commitment towards sporting excellence in the country. These are factors that should have been considered while this decision of national importance is being contemplated.”

He noted that Imo State governor, Emeka Ihedioha has voted millions of naira for  the rehabilitation of the Dan Anyiam Stadium to prove his commitment towards taking sports to the next level in the state in particular and the nation at large.

“On these premises, one can only call on the NFF and its bid team/committee to do a rethink, beat a fast retreat and make a bold u-turn in this unfair decision to exempt the South East from this “developmental project”. You don’t deny the hen that lays the golden egg her honour of feeding, even if you decide not to give her more food than others!”