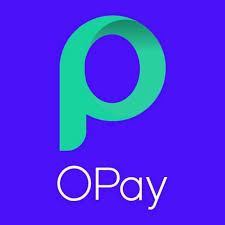 The company said it would use the money to grow its digital finance business in Nigeria, according to reports by TechCruch.

It means that the mobile payment system is growing in Nigeria. Reports say it is fast overtaking Kenya’s digital payment system led by the country’s MPesa.

The boom in digital payment in the country is hugely enabled by mobile phone penetration which, according to the Nigerian Communications Commission (NCC), stood at 115.8 million users in January this year.

The skepticisms that initially greeted the system when Paga launched 10 years ago is giving way to more people embracing digital payment system, a staff of Paga who asked for anonymity, told The Nigerian Xpress.

According to him, Paga is partnering with about seven banks in Nigeria to reach its customers.

“When it comes to money, people are always blatantly cautious. That is why we seek to partner with financial institutions that they trust more to drive growth,” he said.

Analysts say the daily trade volume of digital payment operations in Nigeria is about 457,226,406 averaging over N32 trillion.

Majority of banks in Nigeria rely on telecommunication companies (Telcos) to carry out mobile money transactions. Despite this, the banks see Telcos as threats to their access to the mobile money market.

FG kicks against moves to kick out Adesina as AfDB President

Africa’s largest telco, MTN, applied for a license in 2018 to operate mobile money services in Nigeria. This presents a huge challenge to many banks that see this as an incursion into their main operational market. The banks are still kicking against this and have protested to the CBN.

Even though MTN has had a fractious relationship with the apex bank with CBN, accusing it of illegal repatriation of huge sums of money in dividends to its South African home country in 2018, it will still go ahead with the license given the size of Nigeria’s unbanked population.

Nigeria announced last year that it would allow telecom companies to provide banking services, aiming to give millions of Nigerians without bank accounts access to mobile money services, a policy that has been successful in Kenya.

MTN would leverage on its countrywide coverage to dominate the market, analysts say, but it won’t dislodge the old players in the industry.

“I don’t see MTN dominating the industry anytime soon,” said a staffer of PayStack, who did not want his name published.

“What most of us do is that we know the likes of MTN would want to have a bite of the market. It is not a surprise. We are well prepared,” he said.

Other telcos may follow suit and apply for mobile money services in Nigeria given their coverage and their improved service delivery.

Messaging giant, WhatsApp is already testing mobile payment system in countries like India, its biggest market with over 400 million users, and when perfected, analysts believe they will look the way of Africa and Nigeria in particular.

If this happens, the vast untapped mobile money market in Nigeria, rather than being saturated, will become robust and better liberalized, giving consumers a plethora of choices. And this will, in turn, result in economic improvements.

Already, many banks use messaging apps like WhatsApp and Facebook messenger in their operations but only as chatbots.

Many mobile money operators report resistance from banks with some of these banks launching their own mobile money systems – like GT Money.

The growth of mobile money is happening despite infrastructural challenges, which impede faster growth of the sector.

FG kicks against moves to kick out Adesina as AfDB President

NNPC reacts as Nigerians condemn appointments of ‘only Northerners’