El-Zakzaky on board aircraft to India 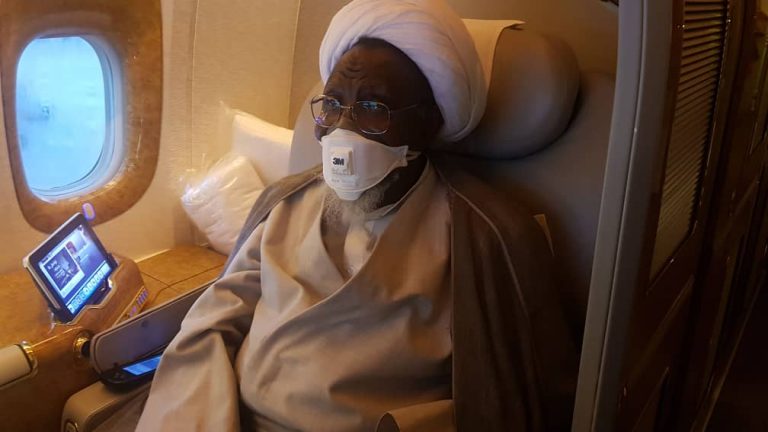 Ibrahim El-Zakzaky, leader of the Islamic Movement in Nigeria (IMN), was spotted on board an Emirates aircraft to India on Monday evening.

The sheikh, who wore a nose mask, occupied a first-class seat.

He and his wife,  Zeenat, departed Nnamdi Azikiwe International Airport, Abuja, alongside some family members and security operatives.

TheCable understands that officials of the National Intelligence Agency (NIA) and Department of State Services (DSS) were with the IMN leader, one of the conditions of the medical leave granted by a high court in Kaduna.

The court had ruled that the IMN leader, who has been in detention since 2015, must return after his discharge from the hospital to face his charges.

The trip is expected to last nine hours and 46 minutes.

Below are some pictures of Zakzaky on board the aircraft: 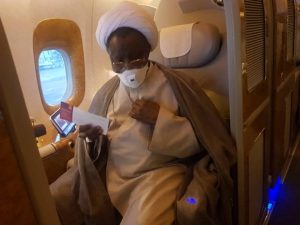 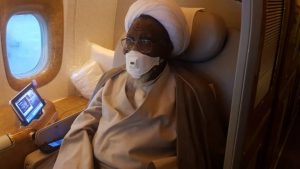