You can create nudity in a very creative way and it will be tastefully done-Actress, Omowunmi Dada 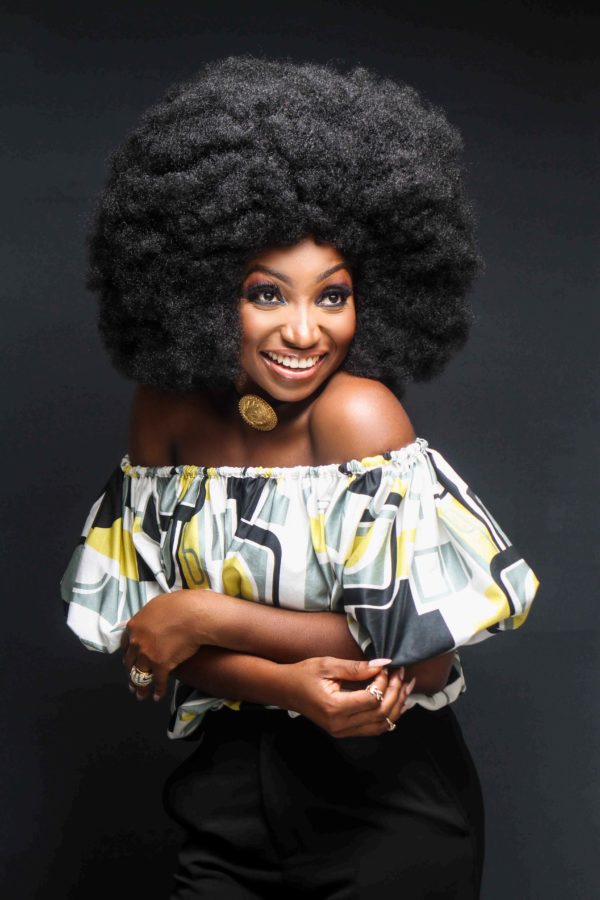 Ogun State-born Nollywood actress, Omowunmi Dada, is one of the few actresses whose acting prowess is second to none,; having featured in countless movies, soaps and stage plays. However, the theatre arts graduate from the University of Lagos is not resting on her oars. In this chat with MUTIAT LAWORE, Omowunmi spoke about her career, challenges, why even marriage can’t stop her from acting, among other issues.

As an actor, what do you look out for movie production?

For me as a trained actor, one of the key things that draws me into a movie production will definitely be the story line, as I try as much as possible to figure out those who will learn from it rather than just being entertained alone.  A good story line will attract more audience to a production and make production seamless.

So, what kind of story turns you off?

That will be if I don’t believe in the character they want me to play. Most time it does not really have to be a lead character, it could be a very minor character but very informative. Like I always say that no character is small because it could be that small role that will turn the whole story around. I look at the script and if the character is believable and not just for the fun of it, I take up the challenge.

As leading brand, what do you stand for in the industry?

I stand strongly for professionalism, quality, discipline, integrity and consistency because at every particular time; keep working as nobody wants to work with a lazy actor

Is nudity a no-go-area for you?

Well, it depends on how the nudity is being created. You can create nudity in a very creative way and it will be tastefully done; also what is the essence of that nudity? Again, it’s not just like I want to show my sexy body. For example, you want to act a rape victim scene, there is no way that it would be played and dress won’t be ripped. Well it’s really not bad to be naked.

If you are to advise a younger version of yourself, what advice will you give?

Oh! What I will tell the younger Omowunmi is first thing first, do not ever forget what you are made of; life would be hard but you have to find inner strength to go on, girl!! Everything you need to survive life with is in you and God’s hands; it’s been deposited in you by God. It’s okay to be you but know one thing, you are destined to be great and you will be great and nothing anybody will do or say will drag you back and I will just whisper to her that Omowunmi Dada, just know that you are a star and you are going to change the world.

Do you think it’s hardwork that paved way for you this far?

I always say that whatever you do, always give it your best because  sometimes, it only take one scene for someone to notice your good job for referral in projects you can never imagine in your life. Your success is in the hand of God and you.

How will you describe your days of going for auditions?

I can’t rule that out of my life any way because that is also part of the build up for me. You can’t become a star in a day; I enjoy the process, as it makes me more professional and diligent as this will further motivate me to always give my best at every point in time.

Which movie will you say shot you to limelight?

Well, for me, the first time I was on TV was as a presenter in a Nigeria reality show for kids  in 2008 but my first movie was an epic movie titled ‘ Oya’. I have featured in countless movies and soaps  but the truth is so many people are yet to know me, and that’s the truth  and that’s why I need to constantly give my best to all I do in case anyone stumbles on me and be like awwww, who is this person? But sincerely, I can’t pick on one exactly. But for every job I have done, I feel so honoured to do them all.

Which are you more comfortable doing, TV presenting or acting?

For me I am an all-round act; I can do either of the two perfectly.

There is this belief that those who study theatre arts, as a profession are better role interpreters than the those who just stumbled into acting?

Either of the two, one thing is sure, which is training because whatever thing you have to do as an actor; you can’t run away from training because you can’t just wake up and jump into what you are not trained for. In every profession, there is talent and sure you have to be well trained before the job can be well done. We have a lot of people, who did theatre arts in school and are now in banking hall doing well. For someone like me, my passion is key. If I am at home and I’m not working or on set, I would be provoked within me.

Don’t you think marriage can stop you from acting?

Hell No!!! Not even marriage can stop me from acting because I want to be old with all my grey hairs, acting because this is what I am born to do. It gives 100% fulfillment.

As an actor, which will you consider the most challenging role you have ever played?

I will say when I acted in the movie, titled: ‘Moremi’ where I played the role of a boxer. For me to be able to deliver on the role; I had to go train as boxer for two months. I equally just rounded up on project with Ebonylife; there also I had to go all the way out to do research on the role and when we had the private screening sometime ago and I saw a lot people, crying and I was so happy about what I did for myself with the role I played.  For me as a brand, I don’t run away from challenges and hardwork.

In the cause of building your acting brand; what are some of the challenges you encountered?

The first challenge that I had as an actor was my stature. When I attended auditions back then, people usually told me, ‘‘Oh you are very good and quite talented but unfortunately, you are small in stature.’’ I used to be very skinny and I am still not big now; so, my small stature posed a challenge. Even the colour of my skin was another major challenge. Sometimes, people would tell me that I am dark-skinned and they want a light-skinned person for a particular role but I am very happy that right now, filmmakers now look past the complexion of actors and  the focus is now on talents and what you can bring to the table. It’s now about what you’ve got inside of you, your level of discipline and your craft. Those were some of the things I had to deal with and I surmounted them. Of course, I love challenges and I love playing characters that enable me to be able to task myself. I don’t like to feature in movies with drab characters. The farther I am from a character, the more excited I am to conquer challenges.

Are there people you look up to in the industry?

Of course. I would say I look up to Aunty Tina Mba; she is very professional, very discipline and I love the way she handles her private life privately. I love that so much because I’m also a private person too.  Most times, I love to drop the Omowunmi at home and bring out my professional self out for my job and fans.

How have you been coping with fame?

Well, I am still me; nothing has changed about me. I just see myself as the regular Omowunmi that all she does just demands a little attention. I don’t let fame get into my head. I feel so honoured when I see people walk up to me to tell me they love what I do.

Is there anything fame has stolen from you?

So, you still go out to places you are used to going before acting?

Yes, very well. Lots of time, I have been held in terrible traffic and I just drop down to get a bike that will make me get to my location speedily. I won’t say because I want to be a fine girl to now get to my location late, as someone who is dedicated to my work and nothing else.

The secret of my business success, by Akinlade, Suru Group boss