‘Mother of all wars’ coming, Iran warns US, UK 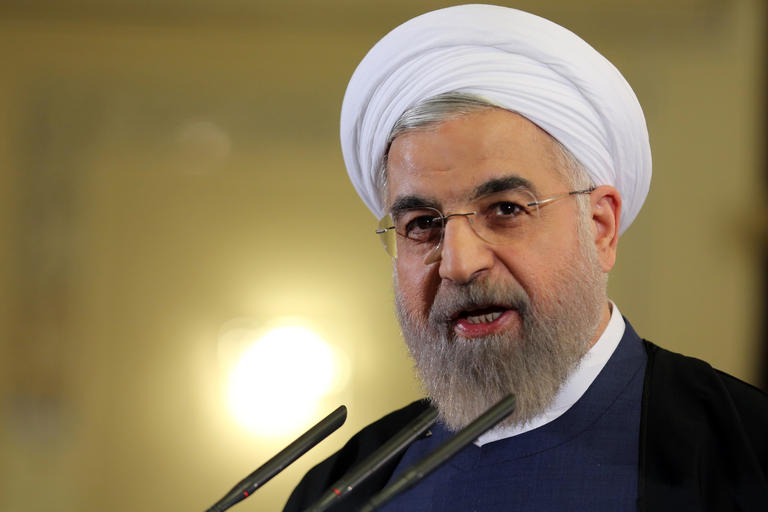 Iran, on Tuesday, unveiled what it described as three new precision guided missiles.

The unveiling of the weapons comes after President Hassan Rouhani, according to The Sun, warned of the ‘mother of all wars’ if tensions in the Gulf spill over into conflict.

The newspaper reports that Iran’s defence minister, Brig.-Gen. Amir Hatami, said the missiles were unveiled to prove Iran “will not hesitate for a moment to defend (itself)” as he viewed the weapons in front of TV cameras.

President Rouhani stressed that Tehran, the Iranian government, is willing to negotiate over its nuclear programme but America must drop all sanctions before the country will talk. He added that while peace with Iran will be “the mother of all peace”, “war will be the mother of all wars.”

Rouhani’s warning comes as British ships join the US Navy in the Gulf following the seizure of two ships.

The UK on Monday, August 5, became the first nation to agree to join a US-led mission to protecting shipping through the Gulf after one of its tankers was seized.

Britain had previously called for a European-led mission to protect shipping through the vulnerable bottleneck, which lies partly in Iranian territorial waters.

Legit.ng gathers that among the new weapons unveiled by Iran was a guided missile tagged Yasin.

The missile has folding wings and is designed to be fired from a drone. Iran warns US, Britain of ‘the mother of all wars’, unveils 3 new air-to-air missiles Iran unveils new precision-guided missiles as tensions continue to escalate.

According to Iran’s defence ministry, Balagan could be fired from an aircraft before being guided to its target using GPS and other sensors.

The third weapon unveiled was an updated version of the heat-seeking Ghaem missile, which is also designed as an air-to-air weapon, the Fars news agency said.

Tensions have been rising between Iran and the West since the United States under the Trump administration pulled out of an international nuclear agreement in 2018 under Barack Obama.

The UK became a target of Iran’s war threat after seizing an Iranian tanker off Gibraltar in what the regime described as ‘economic terrorism’ carried out on behalf of America.

Rouhani said if the US wants to have negotiations with Iran then it must lift all sanctions, noting that Iran must be allowed to export oil.