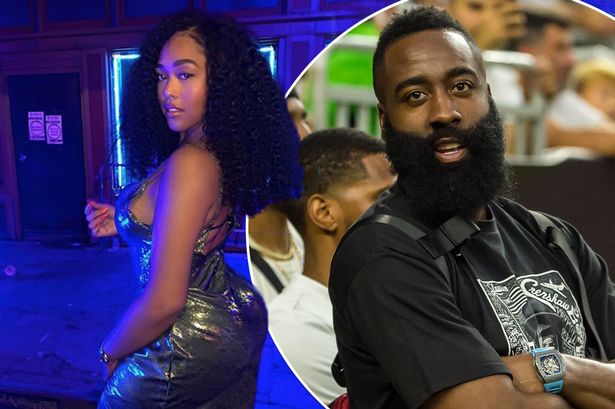 Jordyn Woods has been spotted partying with another ex boyfriend of Khloe Kardashian, raising suspicions.

News Agency of Nigeria (NAN) reports that this comes weeks after she was thrown out of the Kardashian clan for her intimate night with Khloe’s baby daddy, Tristan Thompson.

The 21-year-old model was expected to still feel contrite following the debacle with Khloe after admitting she and Tristan kissed at a house party in his apartment.

Jordyn and James were caught on camera `cosying’ up in the same booth at the Belle Station in Houston, Texas, where they were hanging out with a group of friends.

READ ALSO: JUST IN: Senate goes on break, to reconvene at 4pm

Kylie Jenner’s former best friend could be seen dancing in a plunging white crop top while taking a hit from the group’s hookah pipe, in footage obtained by TMZ.

Her long brunette hair cascaded over her shoulders as she grinded to the music. James could also be seen greeting fans with hand slaps in the same location.

According to TMZ, he and Jordyn have been hanging out since before Khloe split from baby-daddy Tristan, and she supposedly told friends that Khloe was fine with the situation.

Khloe dated NBA star James back in 2015 while separated from ex-husband Lamar Odom, but their short-lived romance ended when James grew sick and tired of being constantly trailed by paparazzi. (NAN)