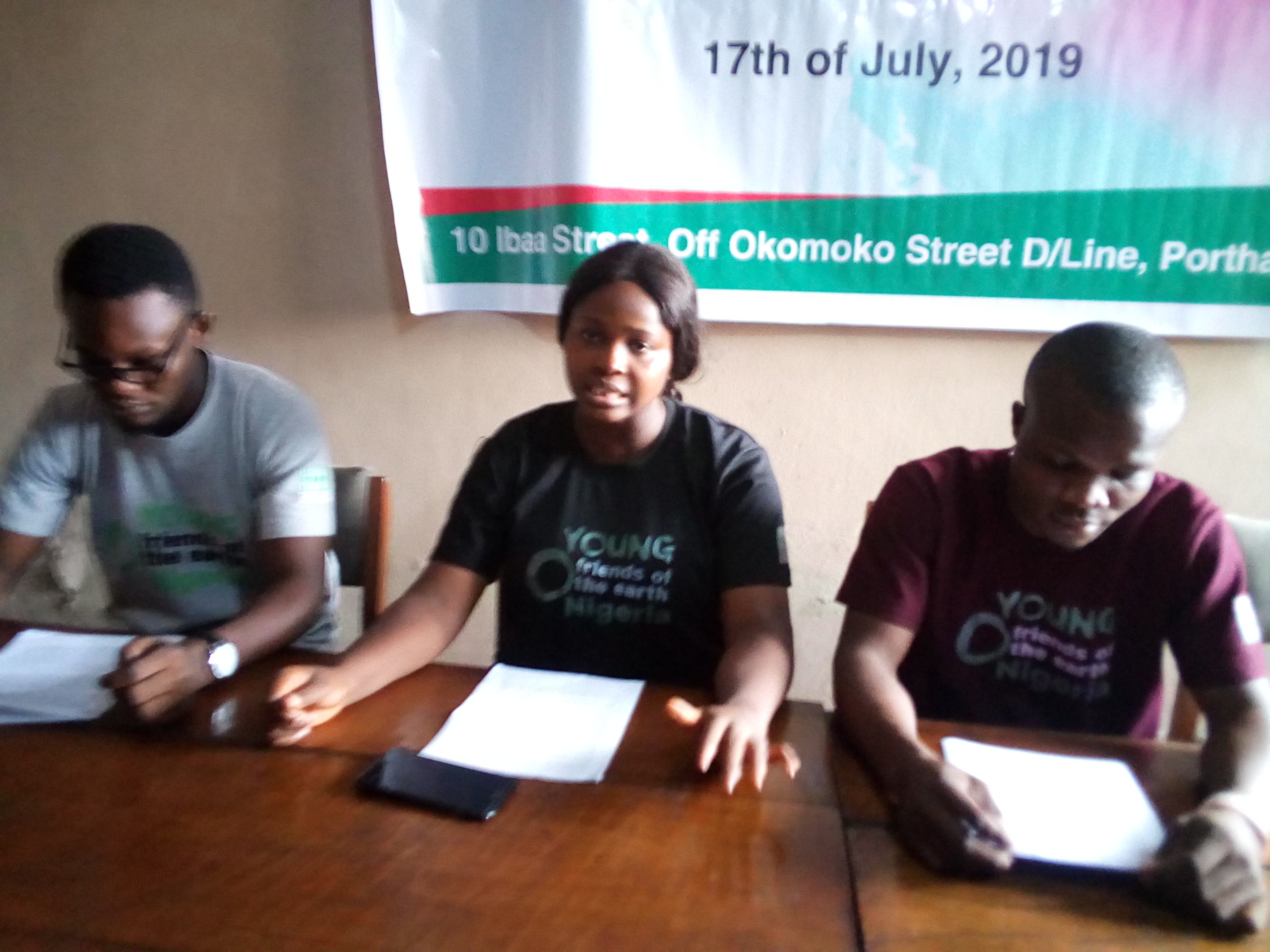 The Young Friends of the Earth Nigeria and Environmental Rights Action/ Friends of the Earth, has called on the federal government and National Oil Spill Detection and Response Agency (NOSDRA) to as a matter of urgency embark on serious investigation on the recent pipeline explosion in Kom-Kom community in Oyigbo Local Government Area of Rivers State to unravel the cause of the explosion.

The group also urged the federal government and its agency to pay compensation to affected victims and families for the damage the incident caused them.

The group spoke on Wednesday in Port Harcourt, after their return from investigation at the incident site in Kom-Kom.

Speaking with newsmen, the Assistant Coordinator of the environmental group, Miss Jennifer Ugorji, disclosed that during their spot assessment visit to the incident site, it was observed that the outcome of the explosion has caused the community people so much damage, adding that the community activities in the area had come to a halt.

She revealed that on their past visit, the residents of the area disclosed that promises by NOSDRA team that visited the place to decontaminate the area was yet to be done as at the time of this report.

She noted that over 45 persons died in the incident.

Narrating the incident, Miss Ugorji said: “The intention of this briefing is to give an update on the oil explosion at kom-kom community which claimed over 45 lives and proffering steps on how to achieve a healthy and sustainable environment in the community. It is also aimed at drawing the attention of major stakeholders; government, oil companies and all those involved in illegal oil theft/refining in local communities of the negative effect /impacts of their activities on both the environment and its inhabitants.

“On Thursday, the 20th of June 2019, A high-pressure pipeline belonging to PPMC/NNPC located at Komkom community in Oyigbo Local Government Area of Rivers State ruptured spilling petroleum products. Residents on hearing about the ruptured pipeline came with their gallons and funnel to scoop the petroleum products and on Saturday as news of the ruptured pipeline spread wider, more people stormed the area to continue scooping the petroleum product. At about 8:00 am that day, the pipeline exploded killing scores of people and laying waste to a vast forest area. On Monday, the 24th of June 2019 the fire had been put out but government agencies responsible for the evacuation of the corpses were not present which made the community youths to mobilize themselves and evacuated corpses from the swamp without safety materials.”

She disclosed “As at the time the YFoEN field monitors went to the spill site for an on spot assessment of the incident, it was observed that;

“Life has come to standstill in the community and the commercial activities in the area such as farming and fishing had come to a halt. Their water bodies had been contaminated and there was serious air pollution around the area due to the fast decomposing corpses still inside the swamp. A vast area of forest had been destroyed and clothes shoes and other wears of the victims could still be found around the area.

“Our post-incident visit showed that the residents of the community have informed PPMC and other relevant regulatory agencies about what they have been passing through and nothing had been done about it yet they also said NOSDRA team visited the place and promised to decontaminate the area but nothing had been done till date”.

The group recommended that “The federal government and NOSDRA should investigate the incident to ascertain the cause of the fire incident, the number of those who lost their lives, and put in place measures to contain such incident in the future.

“The government of Nigeria should commence the cleanup of Kom-kom community immediately. NEMA should as a matter of urgency evacuate the remaining corps inside the swamp to reduce the level of air pollution in the area and provide relief materials to survivors and put in place as quickly as possible an alternative source of water for the community because their waterways were also affected by the explosion.

“Clinical/counselling psychologist should engage with relatives of those who lost their lives and deal with mental health challenges among them, The federal government and the parties involved should pay compensation for the damages they have caused”, the group added.

On his part, one of the staff of ERA in Port Harcourt, Kentebe Ebiaridor, noted that since after the incident which claimed so many lives and destroyed lands and properties, no emergency measure has been done by the government to revive the peoples lives and the environment.