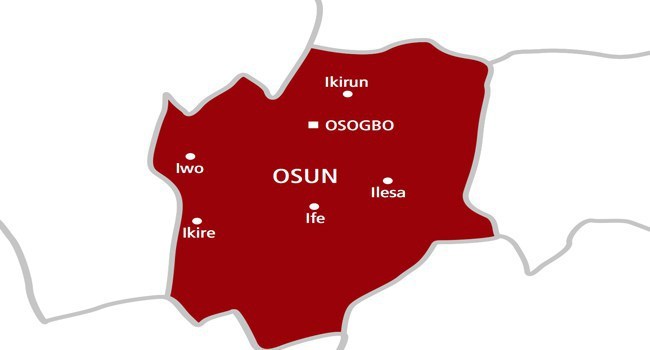 “Facts are stubborn things; and whatever may be our wishes, our inclinations, or the dictates of our passions, they cannot alter the state of facts and evidence.” John Adams, 2nd President of the United States.

“If an act is void, then it is in law a nullity.  It is not only bad, but incurably bad.  There is no need for an order of the court to set it aside.  It is automatically null and void without more ado, though it is sometimes convenient to have the court declare it to be so.  And every proceeding which is founded on it is also bad and incurably bad.  You cannot put something on nothing and expect it to stay there.  It will collapse.”

“My lords, the issue of jurisdiction is over and above any legal manipulation. There is no doubt that a court of law is fundamentally competent when it is properly constituted. If a court is not properly constituted, when there is a defect in its membership then that court cannot be said to have been properly in place. It lacks jurisdiction to properly adjudicate. Whatever decision it reached is going to be a nullity:

When political and ideological opponents articulate and voice their opposition to certain developments in the polity, it admirably serves the corporate good when such articulated opposition and criticisms are grounded and founded in the consequential facts backed by a full appreciation of the underlying principles. Otherwise, no public good is done, and the universe of the polity is further polluted, if not poisoned.

The anxious quest for such unfounded and ill-conceived criticisms and innuendoes not to pollute the polity informed the writing of this piece. In the7th July 2019 edition of the Nigerian Tribune newspaper (both print and digital), Mr. Yinka Odumakin, a vocal and well-known political opponent of the All Progressives Congress,put his name to an article titled, “Osun Verdict: Technicality Defeats Justice.” The overarching point of the article is evident from its title, namely that the Supreme Court of Nigeria failed to do substantial justice in the appeal emanating from the Osun State Election Petition Tribunal and the Court of Appeal by allowing a ‘technical point’ raised by the All Progressives Congress (APC) and its candidate, His Excellency, Alhaji Gboyega Oyetola, to defeat the petition of the Peoples Democratic Party (PDP) and its candidate in the September 22 and September 27, 2018 Osun State gubernatorial election, Senator Ademola Adeleke.

Mr. Odumakin admittedly wrote beautifully, alluded to fascinating historical events and quoted respected jurists. However, he wrote under a mistaken appreciation of the legal principles involved and the fundamental principles of judicial adjudication. While the Supreme court of Nigeria does not need a spokesperson to defend its judgements, the insinuation in Mr. Odumakin’s article that the bias of some of the justices made them elevate what he termed as ‘technicality’ above justice, is one that is indeed capable of poisoning the polity by diminishing the faith of political actors and citizens in the judiciary or by suggesting to other political actors that the APC is undeserving of its victory at the polls and at the Supreme Court. Hence, this rejoinder.

Of course, the right place to begin is exactly where Mr. Odumakin got it wrong: the supposition that the Supreme Court decided the appeal from the Osun State Election Petition Tribunal on a ‘technical’ ground while ignoring the substance of the case. This is far from correct. Respectable lawyers know so well, and jurists in all commonwealth jurisdictions agree, without exception, that jurisdiction is of fundamental importance to any adjudication process and further that one of the salient ingredients that confer jurisdiction on a judicial body is that it must be properly constituted at all times. Otherwise, it is not a body with vires to conduct a judicial act.

It is that first ingredient of jurisdiction listed by the Supreme Court that Mr. Odumakin and other ill-informed commentators or opportunistic opponents of the APC fail to appreciate. For the sake of genuinely intrigued members of the public, one should adumbrate on it.

It is not only a legal principle of procedural law or a mere ‘technical’ requirement but a foundational principle of justice that a judge or tribunal member is not qualified to write and deliver judgement when he was absent at any of the sessions during which the trial of the matter held. Absence at trial is tantamount to not hearing the case in person. This principle is simply giving life to the commonsense position that, without being at all sessions of the trial of a matter, a judge cannot be regarded as having heard the matter so as to be qualified to write and deliver the judgement in the matter. Indeed, this cardinal principle is codified in almost all the laws setting up trial courts in Nigeria, including, for example, section 23 of the Federal High Court Act which provides that: “every proceeding in the Court and all business arising therein shall, so far as is practicable and convenient and subject to the provisions of any enactment or law, be heard and disposed of by a single judge, and all proceedings in an action subsequent to the hearing or trial, down to, and including the final judgment or order, shall so far as is practicable and convenient, be taken before the judge before whom the trial or hearing took place”

This is because the trial judge in Nigeria as well as the members of the election petition tribunals are both judges of facts and law. Hence, the requirement for them to be present at the trial in order to be competent to write and deliver judgement. For, how can a judge properly apply the law to the testimonies of witnesses he did not personally see or hear?

As earlier mentioned, this is not some principle of law invented out of thin air but a principle of justice recognised in all mature legal jurisdictions. In the United States case of the Matter of Whisnant, 71 N.C. App. 439, 441 (1984), Judge Tate presided over a termination of parental rights hearing.  At the close of the hearing he announced his intended order and asked one of the attorneys to “prepare an order with the appropriate findings…reflecting the broad findings that I announced.”  A couple of months later, however, Judge Crotty—not Judge Tate—signed the relevant order, which included detailed findings of fact and conclusions of law.  The Court of Appeals reversed, citing Rule 52 of the Rules of Civil Procedure, which requires a court in a non-jury trial to make written findings of fact and conclusions of law.  Because these findings and conclusions reflect the role of that judge as “both judge and juror,” they cannot be performed by a judge who did not hear the matter. (Emphasis mine).

Of course, the Court of Appeal could not deliver a judgement beyond the question submitted for its consideration. Similarly, the Supreme Court could not but answer the main question or issue placed before it, namely, whether the Court of Appeal was right in its decision that Justice Peter Obiora was not qualified to deliver the judgement of the tribunal having been absent on one of the days that witnesses appeared before the tribunal.

I am certain that a better appreciation of the issues would have restrained Mr. Odumakin from penning the July 7, 2019 article published in the Nigerian Tribune.  Mr. Odumakin’s article also betrayed his inability to grasp that institutions have certain statutorily defined roles and duties that inform their actions. The only competent body that can conduct gubernatorial elections in Nigeria is the Independent National Electoral Commission (INEC). INEC is also the only competent authority that may declare results. It is therefore pedestrian to argue that the courts ought to have assumed the powers of INEC, extrapolate figures and arrive at what Mr. Odumakin considers the ‘correct’ result of the Osun State gubernatorial election.A court of law must act within the ambits of the law.

From the foregoing, Mr. Odumakin and his ilk ought to have been better informed and equipped to appreciate that what they refer to as a ‘technicality’ of law is, in fact a substantial matter of justice. For, in order to attain true justice, our laws, as well as the laws in all mature jurisdictions, rightly provide that a judge who did not participate in all stages of the trial of a matter and who did not personally observe and hear all witnesses, does not have the authority to deliver judgement in the matter because such a judgement would be based on the judge’s personal assumptions, beliefs and deductions and not on the testimony and evidence adduced. To rely on such a judgement or to give validation to it would be the very epitome of a travesty.

So, we may end this discourse exactly where we began it: John Adams was right in his observation that facts are stubborn things that cannot be altered by our wishes, inclinations and passions. And yes, the fact that Justice Peter Obiora who wrote and delivered the judgement of the Osun State Election Tribunal was absent on a day when witnesses appeared before the tribunal is so stubborn that it cannot be wished away by anyone. It is fact. A fact that goes to the competence of Justice Obiora to carry out the judicial act of writing and delivering the judgement of the tribunal. A fact that essentially denies him of jurisdiction and vires to deliver the judgement. As the erudite Justice Oputa rightly observed, an act done without jurisdiction is a nullity and, as the immortal Lord Denning espoused, one“cannot put something on nothing and expect it to stay there.  It will collapse.”

Let the Yinka Odumakins of our country know that that is not a mere ‘technical’ point of law. It is a universal and foundational principle of justice.

*Akinyede is a legal practitioner based in Osun State