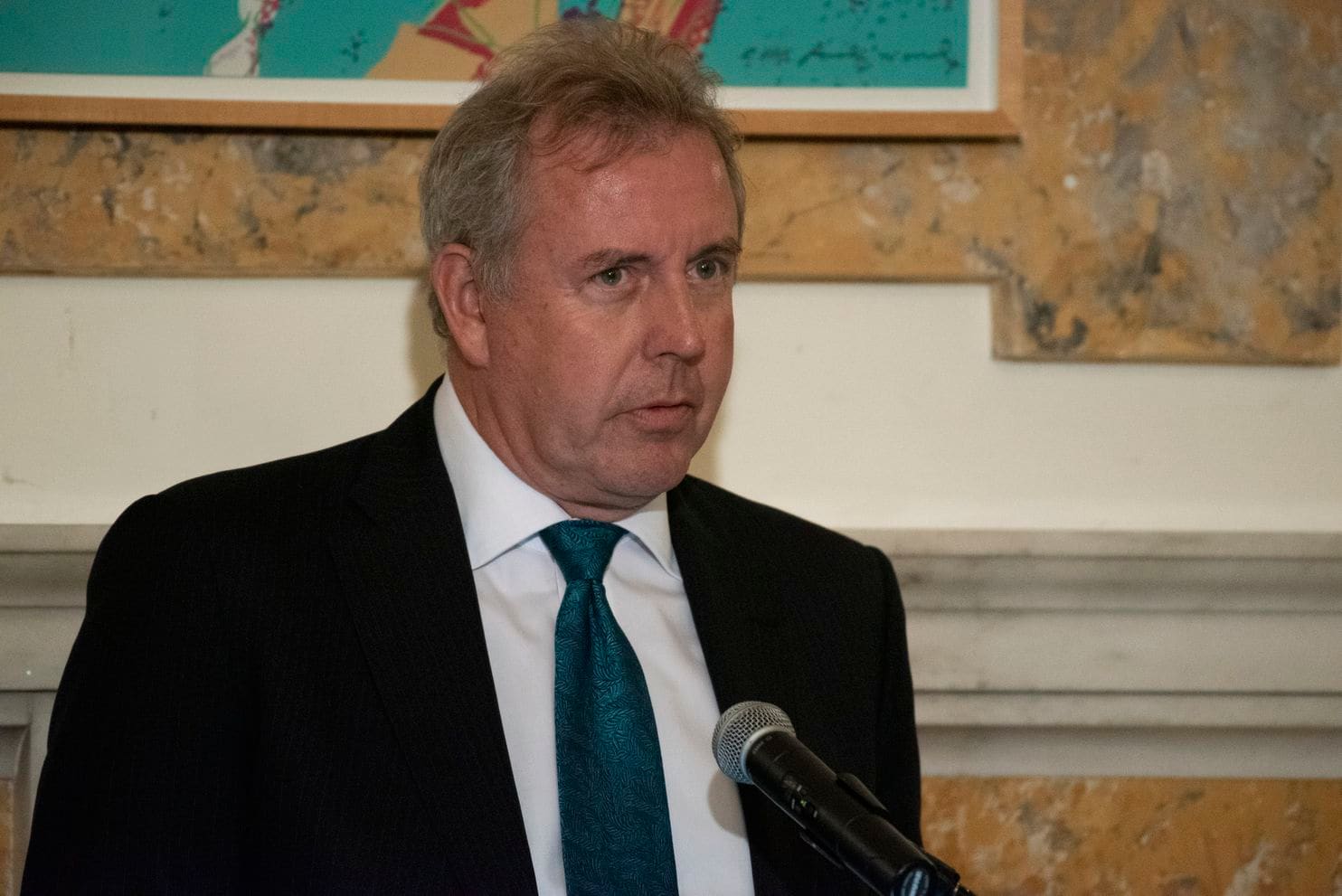 The British Ambassador to Washington, Kim Darroch, has resigned amid a row over his leaked criticism of U.S. President Donald Trump, the Foreign Office said on Wednesday.
Darroch sent a letter of resignation in which he said “the current situation is making it impossible for me to carry out my role as I would like.”
“Although my posting is not due to end until the end of this year, I believe in the current circumstances the responsible course is to allow the appointment of a new ambassador,” the Foreign Office quoted Darroch as saying.
In reply, Junior Minister, Simon McDonald, thanked Darroch for his service in the post and told him Prime Minister Theresa May and Foreign Secretary, Jeremy Hunt “have stood with you” after a fierce response to the leak by Trump.

“You were the target of a malicious leak; you were simply doing your job,” McDonald wrote to Darroch.
The row over Darroch’s comments in internal memos leaked to the Mail on Sunday, escalated on Tuesday after Trump called him a “very stupid guy.’’
“The wacky Ambassador that the UK foisted upon the U.S. is not someone we are thrilled with, a very stupid guy,” Trump tweeted.
In the leaked cables, Darroch called the Trump administration “dysfunctional” and said the president had a short attention span.
Trump had already hit back at Darroch, tweeting on Monday that the U.S. would no longer deal with him.
Trump again accused May of ignoring his advice on Brexit, and going “her own foolish way.”
Hunt called the tweets “disrespectful and wrong.” (NAN)