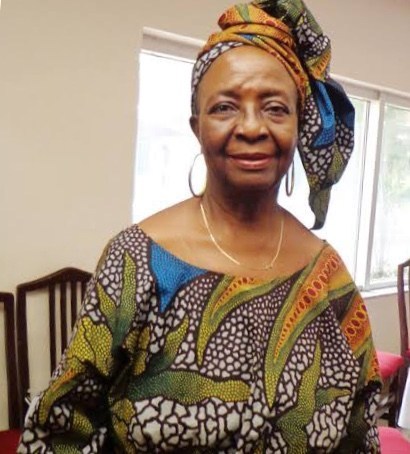 For the past couple of days, there have been heated arguments for and against the actions of a certain young man on a domestic flight in Nigeria. The young man in question found out that his assigned window seat in business class was occupied by the almost mythical Professor Wole Soyinka. At the young man’s insistence, Professor Soyinka got up and sat on his originally assigned seat. There have been furious reactions from the public, particularly on social media, mostly in condemnation of the lack of respect of the young traveler, but a few also railing against the ‘entitlement culture’ of the older generation. I was appalled at the actions of the young man. I could not imagine the universe in which I would ask an elder to vacate a seat for me, something I have volunteered to do many times over the years for older people or VIPs. Under such circumstances, I would check with an airline attendant to seek their permission.

As I was gathering my thoughts for this piece about one of the greatest African feminist thinkers, scholars and activists of her generation, I wondered what it would be like to board an aircraft and see Professor Molara Ogundipe-Leslie in my designated seat. I would have smiled, given her a hug and said, ‘Prof, good morning, ma, nice to see you’. It would never have crossed my mind to tell her she was sitting in my seat. Even if I had mentioned it to her jokingly, Prof would have smiled and carried on chatting. She would never have given up the seat. Auntie Molara, as I often called her, when I was not addressing her as Prof, was a Grand Diva, and goodness, she had earned the right to be one!

READ ALSO:What going to Harvard at fifth attempt taught me about life

On June 18, 2019, Nigeria, Africa and the world lost another great mind and soul. Professor Molara Ogundipe-Leslie was a brilliant theorist, academic, cultural critic, teacher, policy advocate, administrator and feminist activist. It is gratifying to note that she was not cut down in her prime, she lived an amazing life, and left children and grandchildren behind, but it hurts all the same. I lost a wonderful older friend, mentor, teacher, role model, and kindred spirit. Prof Molara had a way of forming the most unlikely of relationships with people far removed from her own generational or social circle. We became friends when we both overlapped in the UK in the early 1990s. I was a young woman in her twenties who was trying to learn as much as she could about feminism and gender issues. I had just completed a Masters Degree in Gender and Society at Middlesex University, and I was also working at AMwA, an international development organisation for African women. I found myself talking to Auntie Molara, who was a Distinguished Leverhulme Professor at University of Leeds at the time, and she was in London occasionally. I remember telling her that throughout my time at Middlesex, there was only one black British woman, who taught us, the others were white and so were most of the recommended texts. Auntie Molara said to me, ‘That is not a surprise at all. It is not easy for white feminists to come to terms with the existence of black African feminists’. I had other senior African feminist friends in London at the time, such as the amazing Professor Ifi Amadiume (who later moved to the US), Jerusha Arothe-Vaughn (Kenya), Lauretta Ngcobo (South Africa), Ayesha Imam (Nigeria)  and the late Wanjiru Kihoro (Kenya).  In my many discussions with Prof Amadiume, she would reinforce the observations of Professor Molara, andthe relationship I had with these women during our London years helped shape my thinking and activism, as I embarked on my own journey.

I crossed paths with Prof Molara again during my years in Accra, Ghana. I went to a nail salon near my home and Prof. walked in. She was a Professor of English and Africana Studies, Ashesi University at the time. After having our nails done, she went home with me and had dinner and we ended up spending almost six hours together. That is how our relationship worked. Years of distance, and then a connection, and we would pick up right from where we left off. For the next three years we spent time together before she left Ghana for another position in the US, then she finally returned home to Nigeria.

Signs that you have a gifted child

One of the greatest contributions to African feminist theory and practice has been Prof Molara’s excellent book, ‘Re-Creating Ourselves: African Women and Critical Transformations’ published in 1994. The book is a collection of her theoretical essays, lectures and speeches over a span of more than twenty years. This publication is where she introduced the concept of STIWA – Social Transformation of Women in Africa. According to Prof Molara, African women’s experiences, contexts and needs have to be at the centre of any development thinking or practice. Africa cannot be transformed without addressing the full involvement of women in all economic, political and social structures, transformed from being sites of oppression to spaces, which guarantee freedom, access and opportunity for both men and women. In an interview with the South African scholar, Desiree Lewis, Prof Molara explained her thinking:

‘I felt that as concerned African women, we needed to focus on our areas of concern, socially and geographically. I am concerned with critical and social transformations of a positive nature in Africa……when I introduced the word, I was trying to take our discourses away from arguments about being or not being Westernised and imitative. My analysis of gender problems is systemic, we need to transform the continent structurally within states and within families and this historical activity should happen with the collaboration of both men and women. Some critics felt that the term was not strong enough. But I am not about adversorial relations with men or about men hating. We give birth to men, we raise them too (sometimes and unfortunately to oppress other women), we marry them and are related by blood to them, so it would be pointless or sick to hate them. I am saying that we are indissolubly linked with men; therefore, we have to work out ways of co-existing harmoniously, if not joyously, with them’.

Professor Molara declared herself a Stiwanist, as a perspective on feminism not necessarily as an alternative. Like many feminists from the global South, she believed in feminisms – multiple and diverse expressions of feminism.  As an African scholar, who taught in many international academic institutions, it was important to have this unique analysis on how feminists in an African context approached theory from their own lived experiences. As a young African feminist, reading about Stiwanism for the first time, as well as literature written by other African feminists, I was able to find a way of reconciling my sympathies with the commonalities of a global feminist sisterhood with the need to locate this within the multi-layered oppressions of women (and some men) in my community, while also attempting to utilise the opportunities thatalso exist. This ultimately turned out to be my life’s work, and I owe this to the guidance provided in the teachings of scholars, such as Prof Molara.

If only I could find myself seated on a plane next to Prof Molara. She would have asked me how I was getting on in my current role. I would have given her updates, and asked her a question of my own, ‘How did you manage to cope with feminist backlash all those years ago’? Prof would have smiled and responded with a proverb she used in her famous book, Re-creating African Women, ‘Ojo tin pa gunugun bo ojo ti pe’ (The vulture has suffered beatings from the rain for many years). It is a Yoruba proverb about experience, resilience,courage, trials and determination. It is about life-long learning, failure, hope and survival. It is the story of all mortals, who walk the earth from generation to generation.

Prof Molara has taken a rest from the beating of the rain and the harsh glare of the sun. Her legacy of academic excellence and service to humanity remains. Auntie Molara, I would have taken your bags down after the flight and carried them with mine, I would have waited for you to pick up your checked luggage and made sure you had a safe ride to your destination. I would have resisted your offer to follow you home because that would have meant spending, at least, three hours I had not planned for, though now I wish I could.Goodbye ma. I will never forget all what you taught us. I pray that the ones, coming after us will have the desire to learn too.

Signs that you have a gifted child