From Cattle Colony to Cattle Ruga 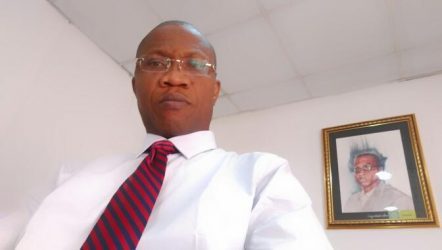 Now, don’t go looking for the meaning of Ruga in your Michael West dictionary. It is not there. Just ask any Fulani or Hausa-speaking person near you. But one thing is for sure, a Ruga is not the same as a ranch. It is way way bigger.

However, the true meaning, import and extent of the Ruga concept is clearly engraved in the hearts of those pushing for it. The closest thing to a Ruga, however, is what the South-easterners call ‘autonomous community’ – with all its manifestations. But we’ll get back to definitions later.

Suffice it to say, however, that every time I hear of killer herdsmen, invading the South-west, or of kidnappers in the North, or of Ruga Settlements across the 36 states, my mind only goes to one thing: God, indeed, has a ‘wicked’ sense of humour. 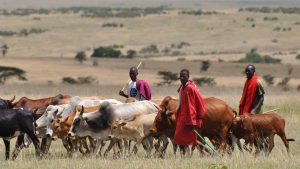 Several years ago, when the people of southern Kaduna began their agitation against real and perceived ethnic cleansing, many of us were unmoved, at some point, dismissing them, and their ilk in Jos, as bad neighbours, crying wolf where there was none. We concluded that they were merely evoking an unrealistic indigene/settler divide to unlawfully keep fellow Nigerians away from certain parts of Nigeria. We sided with the oppressors when they demonised Gen. Zamani Lekwot, and sought to execute him.

But, like the mother pig, in Igbo folktale, once told her child, the piglet, ‘if you just exercise patience, this gift of thick lips would eventually get to everyone’.

Put differently, it means, as the Yoruba would say, that the cane used to chastise the senior wife is often kept at home for future use on the new wife, who is giggling today at the fate of the senior wife. She forgets that the partridge, which giggle at the sight of a domestic fowl being dissected, is actually previewing her own dissection. Simply put, it means every injustice we visit on one person, ethnic group or region will eventually get to us, our own region and ethnic group. It is sometimes called the law of Karma.

Until we all begin to speak out against the inhumanity our system willfully metes out to fellow Nigerians, it would only be a matter of time before we are also made to smell the same rod.

Time was even some of those in power today could swear by the Quran that military assault on Boko Haram was a direct attack on Northern interest and Islam. They were propping the insurgents, as the North’s answer to the militancy in the Niger Delta. It sounded so believable then because the president was a Christian from the South, and all the targets of military onslaughts were in the North. Today, the thick lips settled on the snout of the piglet and we have run out of narratives.

The same story goes for kidnapping. From taking expatriates hostage in the Niger Delta, it transformed into a money-spinning business in the South-east, forcing businesses and persons of means to flee their South-east homestead. But the system, rather than tackle the menace headlong, preferred to use it to stigmatise the Igbo and their greed for money. I still remember the Lagos APC lick-spittle, using it to profile his own Igbo people. Today, Fulani, more than any other ethnic group, are running the kidnapping ‘business’, and they are gradually taking over one South-west community after another – and that is after making the Kaduna-Abuja road a no-go area.

Now, for the past three or so years, Governor Samuel Ortom and his Benue people have been screaming at the top of their voices about a heinous plot to take over Benue by the Fulani. But, like Buhari, we told Ortom to go and live peacefully with his murderous ‘neighbours’ – refusing to interrogate Ortom’s complaint. We preferred to reduce everything to APC/PDP politics, so much so that even among politicians in that same Benue, there was neither a united front against the mass murder of the citizens nor the controversial Anti-Open Grazing law to check the encroachment on Benue land.

Most APC state governors either queued behind those against the Anti-Grazing law or kept a dubious silence. Not even the alarm raised by Gen. T.Y Danjuma snapped them out of the hypnosis. They only began to stir when the Cattle Colony concept was thrown into the mix. Obasanjo spoke up, Soyinka added his voice. But it was already too late by then. They had already sold their heart to the devil.

Now, the Ruga Settlements are coming on the heels of the Water Resources Bill. It is a multi-pronged assault on everything the rest of us hold dear. And it is an in-your-face kind of thing: If you could not handle ‘Colonies’, which seemed to have some finesse to it, now, deal with ‘Ruga’, which makes no pretensions about what it is meant to be.

But for political correctness, not many of the governors, who should speak up are doing so. They have been too intimidated to even offer a whimper of protest.

But how come that in a country where everyone else, visitors, settlers and indigenes alike, purchases land and sets up his own business in virtually any part of the country, it is the Fulani that require government to commandeer the land from the original owners and hand same over to the Fulani? Why doesn’t the idea of ranching appeal to the Federal Government and those behind this Ruga idea, if the purpose is actually to rear cows?

What would happen in another ten or twenty year’s time, when the grass within the Ruga is exhausted, like we have now been told that all the grass in the original settlements of the Fulani have been exhausted? Would they abandon these Rugas to the original land owners and seek new Rugas? Or would they keep these Rugas and use the Federal Government to acquire fresh Rugas?

Unfortunately, all these fears other ethnic groups are expressing do not seem to make much meaning to members of the clique around Buhari are making these decisions. And the reason is simple; the clique does not have the benefit of robust, divergent opinions because its members come from the same ethnic stock. And their world views are basically the same.

Suddenly a band of semi-illiterates in power, backed by a bunch of miseducated demagogues, are turning the entire country against a Fulani race that has managed to live peaceably with, and amongst us, for over two centuries now. I doubt if they even appreciate the enormity of the enmity IOU they are stockpiling for future generations of Fulani. Unfortunately, the larger population of Fulani elite, who know better have been blackmailed and threatened into silence. Surely, there are cloudy days ahead – if not now, then after 2023.

Painfully, the lot of the ordinary Fulani, who would ultimately pay the future price of today’s executive indiscretion, is unlikely to improve with all this flagrant land-grabbing. In fact, until the self-serving politicians decided to politicise herding with Grazing Corridor, Cattle Colony, Ruga and other sophisticated political terminologies, genuine Bororo have always found a way to peaceably graze their animals. they have never needed, and would never need, any vigilante to guarantee their safety.

READ ALSO: No going back on Ruga settlements for herdsmen – Presidency declares

They would settle in whatever available, uncultivated piece of land in the bush, camp there for two three or even five years, and then move again to another area. That is why they’re said to be nomadic. But now, the politicians insist on ‘settling’ them. And curiously, settling them on other people’s ancestral land! But I don’t need a crystal ball to know that in another 10 or 20 years, when we audit the process, it is then we’ll unmask the real owners of the land FG is grabbing today in the name of the itinerant herdsmen.

Before then, however, let us continue to distract ourselves with other irrelevances: Like waiting for PMB’s new cabinet, AFCON, Women’s World Cup and Champions League. And when we’re tired of those, we can start second-guessing every move Asiwaju Bola Tinubu makes and linking it with a purported 2023 ambition, bursting a nerve or two over what media aide new Senate President Ahmed Lawan cannot appoint, regaling ourselves with tales of how our new governors are unearthing the corruption cesspool of their predecessors.

There is also the comedy at the election tribunal as well as the ludicrous figures and claims the EFCC daily throws at our face, even as it turns a blind eye to the real corruption that stares it in the face. And if all that does not keep us adequately distracted, then Abacha would just send us a bank alert from the grave: $320 million today, $250 million tomorrow. And then Obasanjo would either write a letter or say something, Soyinka would either add his voice to it or sit on another person’s chair. Then, IPOB would declare sit-at-home.

Army and their Boko Haram brothers would open a new vista to the insurgency in the North-east, which is now beginning to look like a family squabble. One day, the insurgents vacate the Sambisa forest to enable the military hold their drills there, the next day the military are bombing Boko Haram operational base in the same Sambisa forest. Haba! Abeg, shift make I faint.

Cancers, deaths and plight of Nigerians