Cancers, deaths and plight of Nigerians

Some weeks back, I wrote on one reckless truck driver that smashed my car in Lagos and still threatened to beat me up.

One of the numerous messages I got from concerned friends that heard of the incident was from Ubon Jimmy Akpanz, a former colleague at Champion Newspapers Limited. He immediately alerted me, inbox of my Facebook account, on what seems to be an unwritten agreement between some men of the Nigeria Police and truck drivers in Lagos on matters like the one I was faced with and asked me to be on the alert.

Below is the message he sent to me:

Just be on the alert. The truck owners seem to have an agreement with the police on this:

I absorbed the information, wrote back to thank and inform him that I will always count on his support and then proceeded to the Police station.

And true to Ubon’s assertion, some policemen at the station would come around to plead on behalf of the truck driver, who was still denying it was his fault.

Though I had made up my mind that this one wasn’t going to go free, I guess the tip I got from Ubon saw me standing more firm on the matter.

Sadly, I didn’t know that the ill health he mentioned in his message was that serious. Never knew he was writing from his sick bed at the Lagos University Teaching Hospital LUTH), not until a colleague in the office mentioned he was visiting Ubon at the hospital, shaking his head and looking so sad as he did so. 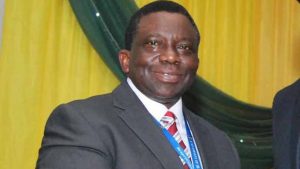 According to him, Ubon’s condition was bad and he went on to disclose how bad. So when he went back to visit him again few days after the surgery, he came back looking more depressed.

My colleague was not sure how long, and if indeed Ubon would make it. We discussed the issue, lamented the poor state of the nation’s health sector and helplessly closed the chapter for the time, hoping to make out time to visit.

Few days later, precisely morning of Thursday, May 20, 2019, I read that Ubon had passed. It hit me so hard. While Ubon was dying, he was still able to show concern and offer advice.

Witty, boisterous and outspoken, Ubon was so passionate about the state of things in Nigeria. He longed for a better Nigeria that is conducive for development and good of all.

Ubon, who had a distinguished career as a practicing journalist with over 33 years experience in major media organizations, including The Punch and Champion newspapers, had been battling cancer and on admission at LUTH from where he apparently sent that message to me without disclosing how bad his condition was.

His death came few days after another distinguished writer and former staff of ThisDay Newspapers, Mr. Ken Tadaferua, was also pronounced dead, also after a protracted battle with cancer. So, it was quite a sad period for the media industry.

Cancer, according to Wikipedia, is a group of diseases involving abnormal cell growth with the potential to invade or spread to other parts of the body. These contrast with benign tumors, which do not spread. Possible signs and symptoms include a lump, abnormal bleeding, prolonged cough, unexplained weight loss, and a change in bowel movements.

While these symptoms may indicate cancer, they can also have other causes. Over 100 types of cancers are said to affect humans.

Considering that cancer is a major problem, and the fact also that the rate at which it has been afflicting many Nigerians has been on the increase, former minister of health, Isaac Adewole, in an interview way back in 2016, said his ministry was going to revise the National Cancer Plan as well set up a steering committee, which he would also chair. How far he succeeded in making any difference out of that plan remains to be seen as more Nigerians have continued to be felled by the deadly disease in the face of a near collapsed health system.

The World Health Organisation actually estimated that 116,000 new cases of cancer and 41,000 cancer-related deaths were recorded in Nigeria in 2018.

High poverty rate, late and poor diagnosis and lack of medical cover are said to be among factors posing a serious challenge to cancer patients in not just Nigeria but most African countries.

Sadly, and as far back as 2016, the nation was shocked at the disclosure that there was hardly any public hospital in the country that had a functional cancer treatment machine, a pathetic situation that was made known by no other than then sitting health minister, Prof Adewole.

Ideally, Nigeria needs like one machine per one million people, which will translate to about 200 cancer treatment machines across the country, he had said. Unfortunately, at the time he was talking, there was only seven in the whole of the country, none of which was working. Today, the situation has not likely changed for the better. Things are actually getting worse.

So, patients are left hopeless and helpless right from the moment they are so diagnosed. Yet, cancers can be treated, if presented early. Fortunately for cervical cancer, there is now a vaccine that prevents the disease, especially when given to young girls before they get sexually active. How much the country has bought into that programme remains to be seen.

Against this background, only those that can afford it seek better treatment abroad, thus ranking Nigerians among the highest medical tourists to other countries.

One would have expected that President Muhammadu Buhari, considering his health condition too, would have made the health sector a priority by building, at least, a state-of-the-art medical institution in every zone of the country to cater for the various health needs of the people.

But no, our president, from his actions and the notorious body language, prefers to spend heavily on foreign hospitals, leaving such institutions in Nigeria to deteriorate even further away from the infamous acquired status of being ‘mere consulting clinics.’

Yet, we are daily being bombarded with shouts of fight against corruption, even as the cankerworm eats deeper into the fabrics of the nation by the day and ironically being perpetrated by some of those shouting the words loudest.

In any case, what kind of corruption can a country that abdicates her responsibilities of providing good health care for her citizens be fighting? What message, really, are our leaders passing to the world with their preference for seeking medical treatment abroad when back home, the hospitals are left in state of rot?

If indeed, the actions of our political office holders matter a lot in restoring confidence in the health sector, then what they have simply been telling ordinary Nigerians with their constant and sustained medical trips abroad in the face of a very sick health sector is that they (the people) do not have a right to good healthcare.

And that is so unfortunate because a good number of Nigerians are dying a preventable death due to lack of medical attention.

From Cattle Colony to Cattle Ruga