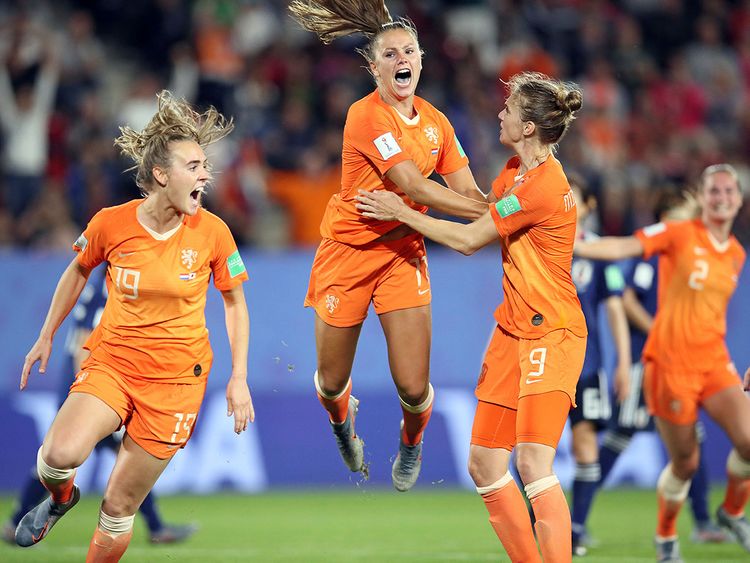 Netherlands striker Lieke Martens was hurt while celebrating her late winning goal against Japan in the women’s World Cup last 16, putting her at risk of missing the quarter-final against Italy on Saturday.

Martens, who was named player of the year by FIFA in 2017 when the Dutch won the European Championship, sat out training on Friday for a second successive day with a painful foot.

The injury developed after team mate Jill Roord jumped on her foot when they were celebrating.

The 26-year-old Martens had a largely quiet tournament before bursting into the limelight on Tuesday.

She scored both goals, the second from the penalty spot as the Dutch edged the 2011 World Cup winners 2-1 at Rennes.

But her chances of playing against Italy looked bleak after she was unable to train again on Friday, just hours after telling reporters she was confident of playing. (NAN)