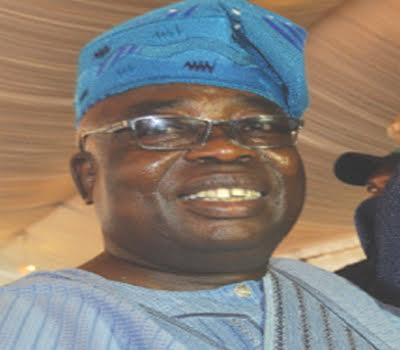 A chieftain of the ruling All Progressives Congress (APC), in Lagos State, Chief Lanre Razak, has expressed optimism that getting special status for Lagos is more feasible now than ever, enthusing that, “It will not be too difficult to get for the State this time around.”

Razak hinged his optimism on the premise that the party in charge of the federal and Lagos governments is the same, adding that, “luckily we have put in place the leadership of the National Assembly that is friendly with the Executive.”

According to him, the friendly National Assembly would see the need to cooperate with the Executive to achieve the desired need of the people, pointing out that, “against this background, “I am looking forward to something better this time around for Lagos State.”

“With this situation, Lagos would get the best because the state has been the Federal Capital and a lot of infrastructures that belong to the Federal Government are here unattended to for the 16 years rule of the PDP.

“And you can see that things are changing in the last three weeks that Buhari has assumed second term office.

“The Federal Ministry of Works has been around surfacing and resurfacing the roads to tackle the menace of Apapa gridlock.

“So, you can look forward to better things this time around. And the relationship between the National Assembly and the Executive would turn out to be better.

“In Nigeria, Lagos State is the country’s economic capital. So, you cannot abandon a state where you make all the money to maintain the rest of the country.

“About 75% to 80% of the Value Added Tax (VAT) comes from Lagos State. There must be the consideration that if the state has been doing this to support the rest of the country, you cannot afford to fold your alms to see the infrastructure of the state in decay.

“Morally, how do you feel and how do you want the people of the state to pay their taxes without them complaining.

“There must be give back from the federal government to Lagos State as far as the Special Status is concerned,” he said.

No election is perfect – INEC chair