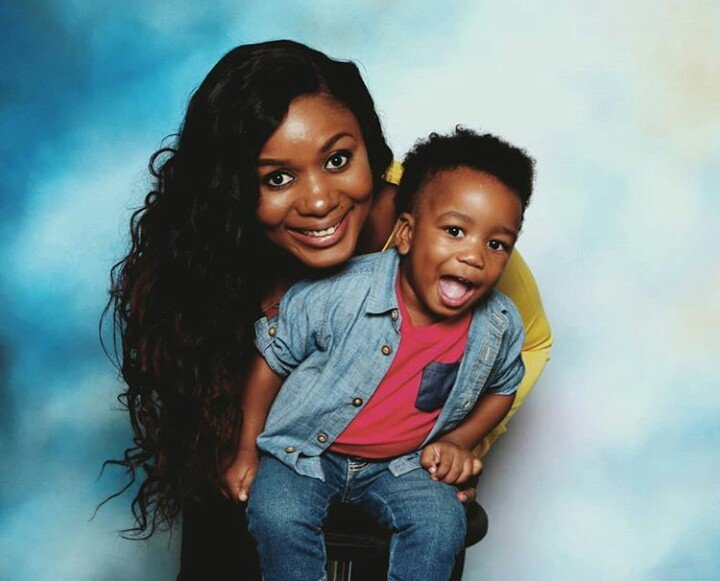 Delta State-born actress, Amanda Ebeye, is no doubt one of Nollywood’s finest actresses. Known for her poise and distinctive style of role delivery, Amanda just recently concluded the shoot of her new television series, titled: ‘It’s a crazy world’. In this chat with MUTIAT LAWORE, the delectable actress spoke about the challenges that come with film production in Nigeria, her stand on child adoption and her worries amongst other issues.

It’s a crazy world; why did you choose that title for your new TV series?

I decided to go for that title because of the content of what I’m shooting. It’s a comedy series and it has lots of competition for women. It has lots of struggles, it’s funny; at the same time, it has too much to learn from, especially where touching of life is concerned. At first, I wanted to call it “The Wives” when I created the story but there are lots of movies with similar names out there. I wrote the script but I have writers, who also write for me. However, there are still some episodes I wrote.

What’s the general message you want people to learn from the story?

We are tackling issue, which has to do with the social media. We are trying to make people see the vices of social media. It’s unarguable that it has made people rich; it has changed the lives of some people and it has connected the world together. But then there are some other bad sides of social media. It has destroyed a lot of people that don’t know how to use it.

For instance, some people get intimidated and depressed over the fine photos they see on social media. So, It’s a crazy world has been put on the screen for all to see what happens on the social media, the real truth behind those lovely, smiling photos that everyone put there.

Did you have any personal encounter with any of those vices of social media?

I’m on social media all the time. I’m an actress. I’m an extremely private person, so, to smile and take photos to put on social media is a lot of work. So, I understand what it is like to stay relevant on those new platforms.

How many hours do you spend on social media?

To be very honest, in a day, I can spend 20-hours on social media.

How did you pick your cast for this series?

I developed the idea in 2017 when I was at the film school in Canada. I just want people that command respect in the industry to be in the movie. When I thought about who could pull off the role of the don in the movie, I came up with Bob-Manuel Udokwu because he is very good at what he does. He is one of my best actors.

When it was time to look for the wives, I know Grace Amah would always play the Kemi role well. Then the other ones that I picked also fit into their roles perfectly. And you see, it has been a worthwhile experience because they just all know what to do. For them, acting is just inborn. They take their lines so smoothly since they have been in the game for so long. They put themselves into the character and deliver perfectly.

How easy was it for you to get them to be on your set, all together?

Thank God for instagram. Most of them, I sent them Direct Messages (DM) and they responded. I got their contacts, chatted them up. Bob-Manuel was the only person I wouldn’t get on Instagram because he is not on social media. So, I got his contact, called him up, spoke with him and he came on board. He didn’t give me any stress.

What’s giving you the confidence that you will get your money back?

I’m very spiritual. I tell God in prayers that He should bless the little hustle I do.  I have put in my money, my sweat as my own part of the deal and I believe God will bless me abundantly because I have committed the project into His hands.

When will it be ready for people to enjoy?

This month of June. It would be ready for all.

Where do you plan to air it?

Right now, my target is African Magic Showcase, family and any other one.

Why did you decide to go into production?

I told myself, I don’t just want to be an actress because no matter how you act, you can’t be richer than your producer. So, I went back to have a rethink, which saw me into becoming a producer. Today, I am an actress, producer and a filmmaker.  I just like following my life, step by step. I do plan my life, but sometimes you see yourself doing what you had planned never to do again. But right now, I have the right to tell my own stories the way I want it to be. I now have my own world, to do my own stories.

What are the challenges of being a first time TV series producer?

Budgeting and the issues of light are major.  We are shooting for 30 days. When I went to make inquiries to rent cameras and lights, the amount I was told was so shocking. I had to start buying my own equipment to add to the ones I already had.

Then, the feeding of all the cast and crew for that number of days was tough but they are my responsibility till the shoot is done.

READ ALSO: Yes, police could be your friend

What would you regard as a bad habit that you have?

Well, I’ll say going late for meetings or appointment. Apart from this, I have a sweet tooth. I love chocolate, and other sweet stuffs. I have to struggle to keep fit.

What is that one thing you can’t wait to tell your son?

I tell him I love him every day. But on a deeper level, I can’t wait to tell him that no matter what he does, he would get married someday but he should always have a place in his heart for me. I pray every day that my daughter-in-law would be good to me. I just don’t want anyone to turn my son away from me.

Are you scared that one day, a lady would come and take your son away?

I get scared of that all the time. Then, people tell me that, maybe I should try having another child. Because it’s always my son all the time.

So when are you having more kids?

I’m not your everyday girl. My dreams and aspirations are different. What other women might be dreaming about is not the same thing I would want to become. When it comes to giving birth, I really don’t think I want all my children to come from me. I would wait to see what happens in the nearest future. I want to adopt.

Right from when I was much younger, I dreamed of the day I’d be able to say this; that I want to adopt kids. I look at those kids that don’t have parents and I keep wondering why we have to keep giving birth, when there are already lots of kids out there to take care of. I give priority to adopting a child than giving birth to my biological children.

What kind of a role do you play at this stage of your career?

I play all roles but I cannot be nude.

Do you have any regrets concerning any of the roles you played in the beginning of your career?

There are lots of them I can count. Then, when everyone wants to be popular and pay bills, you just pick up any roles given to you. That’s why I tell people not to allow the industry to pressurise them to do anything they don’t want to do. There have been movies that I did in the past that I will not look at if they give me the scripts now, I’ll turn them down out rightly.

How do you create time for your son?

My son is not here. My mom went to Canada to stay with him. So, my family is always there to support me.

What is the greatest thing you have achieved in life?

My son. That’s the greatest thing that has ever happened to me in my life. He is the only blessing in my life that nothing can replace.  He is the only person I can’t trade for anything in the world. I can trade this production if the worse comes to worst (laughs). But my son, never!

I will expose my abuser at the right time – Ifu Ennada