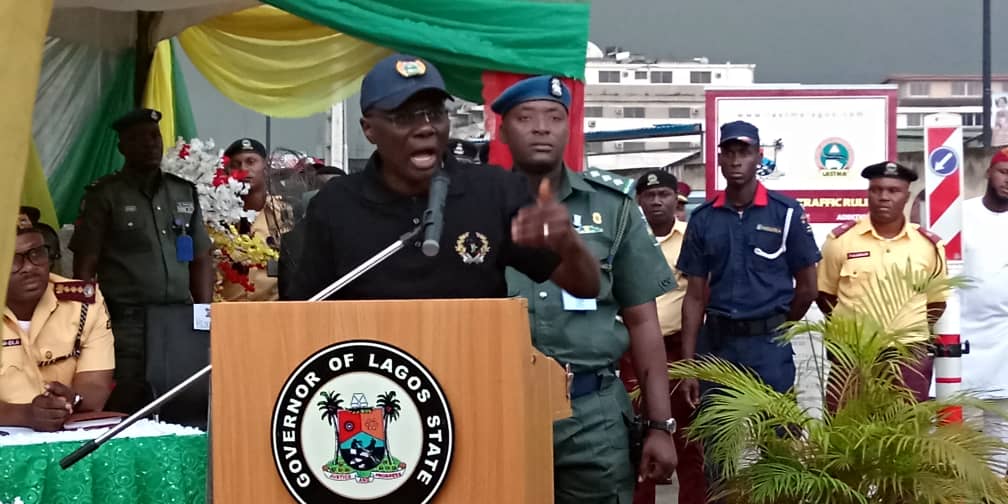 Governor Babajide Sanwo-Olu of Lagos State has warned officers of the Lagos State Traffic Management Authority (LASTMA) to desist from collecting bribes from motorists, adding they must be courteous and decent in their operations.

At an interactive section with staff of the agency during his visit to the agency’s office at Oshodi, Governor Sanwo-Olu said Lagosians wanted a decent and corrupt-free LASTMA and as such they should be respectful when arresting an offender.

His words, “Lagosians expect a corrupt free LASTMA that will not be collecting bribes.

“Be respectful and courteous even when you are going to arrest an offender. Lagosians want LASTMA that is decent, they want neatness.

“We don’t want laziness and lateness to work. Be my advocates,” the governor said.

Governor Sanwo-Olu added the government would provide conducive working environment for the  staff such as improvement of their allowances, repair of damaged vehicles and motorbikes, provision of raincoats, and other tools.

On operation of commercial motorcycles (Okada) on highways,  tricycles, indiscriminate parking of imported vehicles by the roadside, Governor Sanwo-Olu said he would have a meeting with the Commissioner of Police and other security operatives to establish a law enforcement commission that will regulates the movements of Okada operators.

“There are rules that guides operation of commercial motorcycles. The Lagos State law has stated Okada should not operates on some roads.

“We will have a meeting with security operatives on what we should do. But we will established a law enforcement commission.

“We are not going to condone people obstructing our roads. I am now taking it as warning to all those parking their vehicles on the road such as importers of Tokunbo vehicles to comply by removing them from the road because we will come one day and take all the vehicles off the road. People should provide space for their businesses,” he warned.

The governor also warned members of his cabinet, their family members and friends against ‘ violating my rules,’ saying  ‘I will tell my cabinet members that if you are caught or apprehended violating my traffic rules, you will pay.’

Earlier, some of the staff of the agency, while complaining about the challenges facing them, appealed to the governor to provide adequate security for them now that their working hours have been extended to 11:00p.m.

They also requested for improvement in their welfare packages, rehabilitation of roads, trainings, and enforcement of existing regulations, to aid their operations.

They also complained about constant harassment from motorists, and pedestrians crossing the highway under the pedestrian bridges.