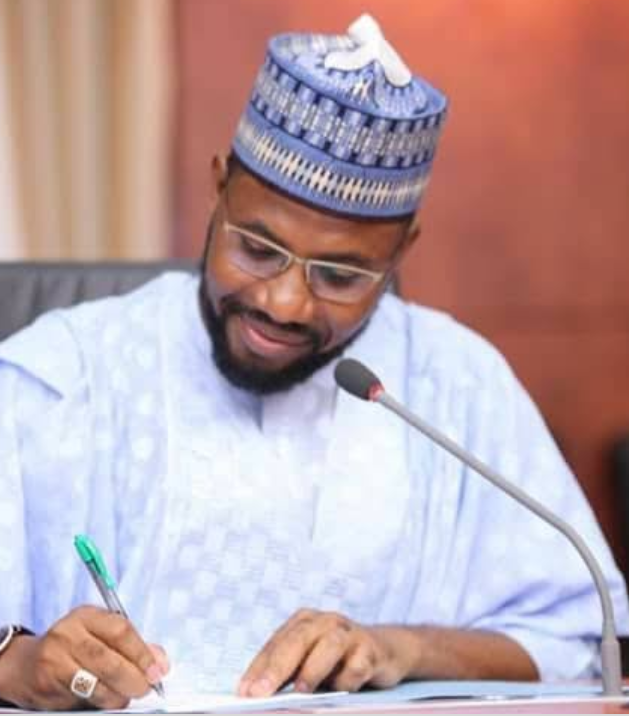 The Kaduna State House of Assembly lawmakers, on Thursday, re-elected  Aminu Shagali, as their Speaker during the inauguration of the state 6th Assembly.

The News Agency of Nigeria (NAN) reports that the inauguration was presided over by the Clerk of the House, Mr Zubair Ibrahim.

The Clerk had earlier urged that the election be done without comments or debate on the floor of the House.

The 37 years old Shagali has been a member of the Assembly since 2011 and was first elected Speaker in 2015.

He represents Sabon Gari Constituency in Zaria Local Government of the State.

NAN also reports that the member representing Kaduna South Constituency, Yusuf Liman, moved the motion for the selection of the Speaker of the 6th Assembly; nominating Shagali.

NAN also reports that Shagali’s re election did not, however, come as a surprise, as Gov. Nasir El-Rufai, had consistently made a strong case for his return as Speaker.

Also, the Deputy Speaker of the 6th Assembly was so elected when Mr Mukhtar Hazo, a member representing Basawa Constituency, moved the motion for the selection of Mr Yusuf Zailani.

He was a former chief whip of the Assembly. (NAN)