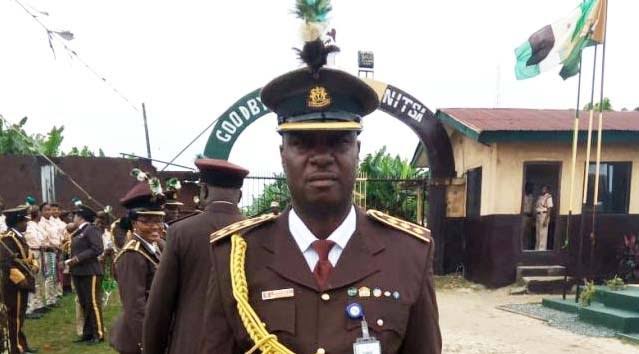 With elections into the various states’ football associations on going, there has also been political scheming.
Easily the most embattled chairmanship aspirant is Robert Terlumun Akpenpuun in the race to the top position of Benue State Football Association.
Even before the elections into the various states’ associations were suspended by the NFF early this year, Akpenpuun had to cry out in January when a tailor-made discriminatory clause in the electoral guidelines was targeted at him.
The offensive clause, which is item “h” of the guidelines, reads: “The candidate (for chairmanship) must not be in the employment of any government or its agencies or an aid to any government official.”
Akpenpuun works in the Nigerian Immigration Service and has been involved in the activities of the Nigeria Football Federation (NFF) as a member of the protocol committee.
He is also an NFF Match Assessor. On his line of duties, The Nigeria Immigration officer cum member Nigeria Football Federation Protocol committee ushered in top football personalities to Nigeria such as FIFA President, Giannini Infantino; CAF President, Ahmad; Athletico Madrid Coach Diego Simone and visiting foreign teams among others.
The discriminatory clause was not in the guidelines that the state used in the 2015 election. According to Akpenpuun, he was a direct target of the inclusion of the offensive clause.
His petition to the NFF produced results as the discriminatory clause was later expunged. But he still has no respite as another clause had been included to still oust him when the screening committee meets on Thursday June 13 ahead of the Saturday June 15 election.
As a protocol officer and a staff of the Nigeria Immigration Service, Akpenpuun is based in Abuja and that is being employed to scheme in out. An observer informed that every new clause into the electoral guidelines into the Benue FA seems to be targeted at just one person. He is Robert Terlumun Akpenpuun.
Owing to his domicile in Abuja, another clause, Article 2.1a states that chairmanship candidates must have a five-year continuous service to football.
Akpenpuun, apart from being a protocol officer for the NFF, has been a football referee and a Nigeria Professional football league assessor.
Those seem not relevant in the eyes of those who wanted him disqualified.
They are asking that the contributions were national and international in nature. They wanted it narrowed down to only Benue State.