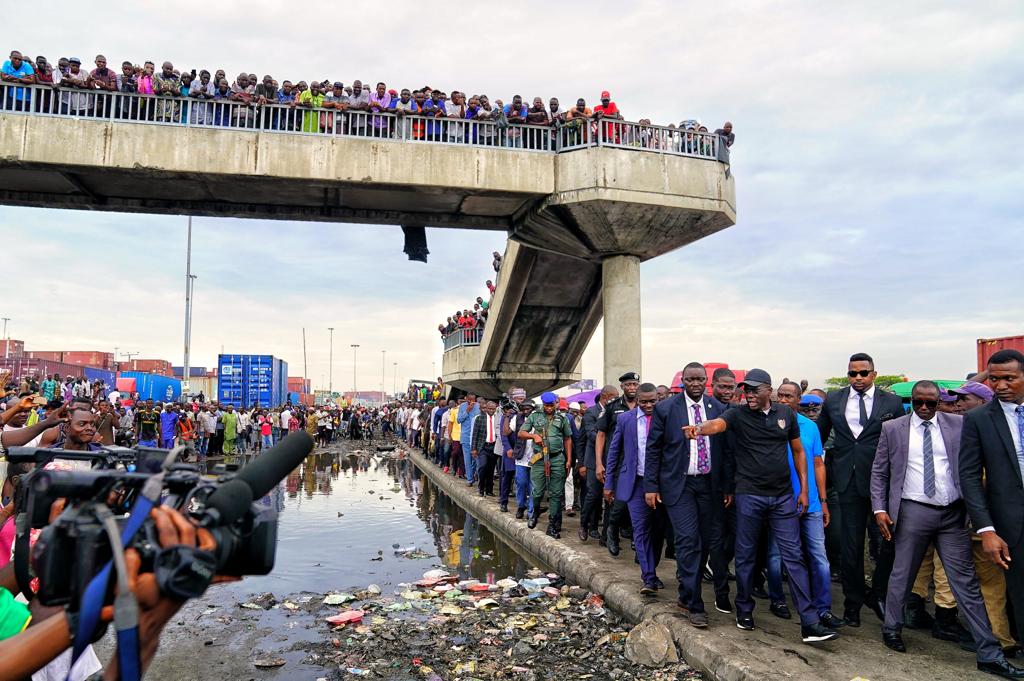 Gov. Babajide Sanwo-Olu of Lagos State on Thursday assured residents in the Apapa area of the state that plans were on the way to find a lasting solution to the gridlock in the area.

Sanwo-Olu, while on an inspection tour of traffic situation in Apapa, said that the traffic problem in the area and its environs was multi-faceted.

He said it required joint efforts by the State government, their federal counterpart and stakeholders to find a lasting solution.

The News Agency of Nigeria (NAN) reports that the governor stopped by at the Nigeria Ports Authority (NPA), where he met with port operators.

The operators reeled out several challenges confronting the area. He was also at Lilly Port Terminal earlier.

“We must thank the Federal Government for setting up a Presidential Task force that will work with the state government to resolve the gridlock in Apapa.

READ ALSO:Mother of 3 connives with lover, stage own kidnap to raise money for foreign trip

“The facility is owned by the Federal government, but the users are Lagos citizens.

“We have discovered that the problem of Apapa is multi-faceted; one agency cannot resolve the issue.

“We have met with security officers and operators on ground. We have seen the problem is multi-faceted.

“It is more than one company that can bring solution to it,” he said.

Sanwo-Olu said that during the tour, it was realised that NPA and Dangote had worked on the wharf road up to the Apapa port.

He, however, said it was sad that the trucks were still parking on the road.

“From our interactions with the stakeholders, it was discovered that NPA has a concession company, APMT.

“We realised that there is a disconnect in the activities of picking and dropping of containers in the ports.

“One of the strategies we will be engaging is NIMASA, shipping councils, NPA and others to resolve the issue, especially on how they can push the commencement date for the collection of demurrage,” he said.

Sanwo-Olu said the 1,000 capacity Tin Can ports terminal would be available in June .

“What is left to complete is the water system, toilet facility and power supply, which is the aspect left to fix.

“Once they do that, all the trucks on the Ijora bridge and others within that axis can use it.

“Another solution, which is the third, is the land we have within the Tin Can Port.

“The land will need the cooperation of the federal and state government.

“We will need to move the people that are occupying the land, because the occupants are illegal squatters.

“We need to source for money to complete the project.

“There are other smaller terminals that the committee is working on,” he said.

According to him,  the final solution is round the corner.

“We are hoping in due cause, we will get all these issues behind us,” he said.

The Governor, however, said the long term solution to ending the gridlock within Apapa was an economic one.

“We need to build another port. It is a long term solution. We will take it upon ourselves, with the support of the NPA, to develop the Lekki and Badagry ports,” he said.(NAN)