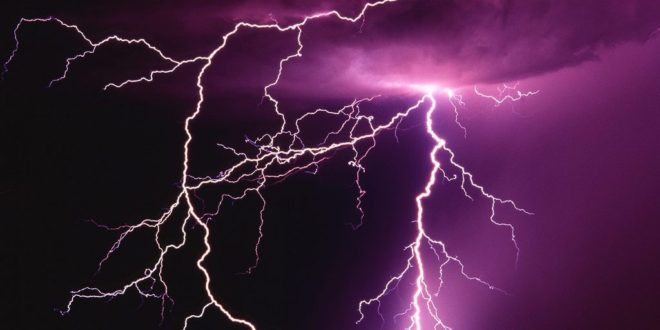 Aramoko Ekiti, in Ekiti West Local Government Area of Ekiti State, was enveloped in confusion on May 26, over the death of a middle-aged herbalist, who was reportedly struck dead by thunder in the community.

The deceased, whose name was given as Babatunde Sule and a staff of Ekiti State House of Assembly Commission, was reportedly struck to death in his rented apartment located at Oke-Oja area of the town.

A source had it that the unfortunate incident occurred shortly after a downpour in the town which lasted for about two hours.

The source added that the herbalist, until his untimely death, was said to be a notable traditionalist and a chieftain of the Traditional Worshippers Association in the community.

Explaining further, the source said on the fateful day, the rain which had started about 4:30p.m. with heavy thunderstorm at frequent intervals, was accompanied with heavy storm that caused panic in the town, the development which forced residents indoors.

The source said that suddenly, there was a thunder spark, which was reported to have entered the deceased’s home and struck him in the chest right where he was cooking in the kitchen.

A neighbor, who was said to have been terrified by the intensity of thunder strike, claimed he ran into the kitchen to meet the deceased, but unfortunately he saw his lifeless body in the pool of his own blood.

The source added, “The unfortunate incident took everybody in the town unawares, because the victim was a notable person in the town and immediately the news filtered into town, an attempt was made to contact some Sango (God of Thunder) worshippers and as well reported the matter to a divisional police station in the town”.

“The traditional rites have begun and it will last for seven days in the community, which is expected to be accompanied by heavy rain in the area.

“This type of incident has never happened in this town,  that is why everybody is panicky,” The source stated.

As at the time of filing this report, the Police had confirmed the report. However, traditional worshippers have begun traditional rites for the late herbalist as the body has been removed from the scene for burial.