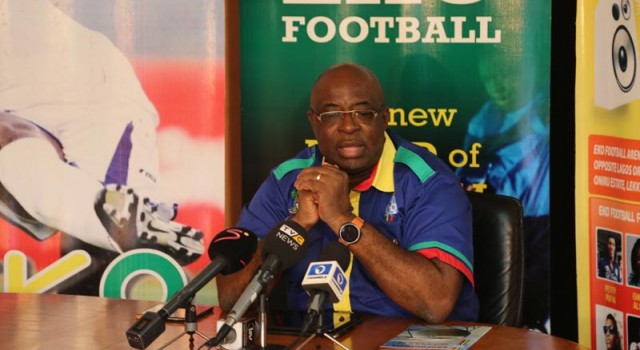 The News Agency of Nigeria (NAN) reports that the election was held at the Morning Side Suites, Taslim Elias Close, Lagos Island.

The keenly contested LSFA Chairmanship election between Akinwunmi and football administrator and proprietor of 36 Lions FC, Liameed Gafar, did not produce a winner on the first election.

The election had to be stretched to a re-run as the first winner Akinwunmi, who polled eight votes against Gafar did not satisfy the requirement of a two-third majority of vote cast.

However, the re-run was able to produce a clear cut winner as Akinwunmi produced nine votes to defeat Jamar, thus returned as the chairman of LSFA.

For the membership of LSFA Board, Mojeed Adedingbin defeated the incumbent, Wale Joseph with eight votes against five for Joseph.

Also, for the LSFA Women Seat, Oluwayemisi Cole had 11 votes to defeat other two aspirants, Raliat Abdul-Salam who had two votes and Oluwakemi Popoola who failed to secure a single vote.

The composition of the board of LSFA, however, has Ajasa Oyekan and Moses Adebanjo unopposed and Adedigbin and Cole as five-board members.

The election had 13 delegates that comprises of the LSFA which includes delegates from the five divisions, Ikorodu, Badagry, Ikeja, Lagos and Epe. Others are the Referee Association and Nigeria Professional League (NPFL).

In his acceptance speech, Akinwunmi said he would bring all the families in football together in order to move the association forward and for the improvement of soccer activities in Lagos.

“I have said during my campaign that my business is to unite all the football stakeholders in Lagos state towards achieving a common goal of moving football forward in the state.

“This has not changed, we need to consolidate and make sure that our programmes are fully implemented to have a better football culture in the state,” he said.

The Proprietor of 36 Lions told NAN that he would not relent in his effort towards achieving a better managed football activities in Lagos State. (NAN)